Featured in this Story of Awesome: Goddess Council

The Spark: After moving to Brooklyn on her own, Cat Lantigua felt increasingly isolated—and started building an IRL community to combat her loneliness.

Cat’s Mighty Moment: “I’ve been really OK with this moving slowly. Because this is an intentional community. I’m really in it for the people.”

Today, Goddess Council is a blossoming, digital community. But it originated in a decidedly tangible space: Cat Lantigua’s living room in Brooklyn.

When she moved there three and a half years ago from Miami, Cat found that despite the millions of people around her, day in and day out, she felt increasingly disconnected and lonely. “I don’t know if you’ve ever been in a place where there’s a lot of people, but you feel particularly lonely,” she says. “But it’s that feeling of not feeling seen.”

After a scary encounter on the subway, where she was nearly attacked, she felt that loneliness more than ever. “All I wanted in that moment was to just text one of my girlfriends and be like, ‘Can I just come over?’ But I had no one.”

She went back home and started researching. Her goal? To make the life she was living in Brooklyn more sustainable, and surround herself with like-minded women.

“I felt that I needed to attract a group of people, a group of women to make my life, just, easier.”

Cat got to work, sketching out what, exactly, she wanted to do. “I had to figure out what this would look like,” she says. “What are we going to call ourselves? What kind of community am I trying to manifest for myself? And I came up with Goddess Council, just as an idea of the kind of connections I wanted to create for myself.”

But soon enough, it became so much more. 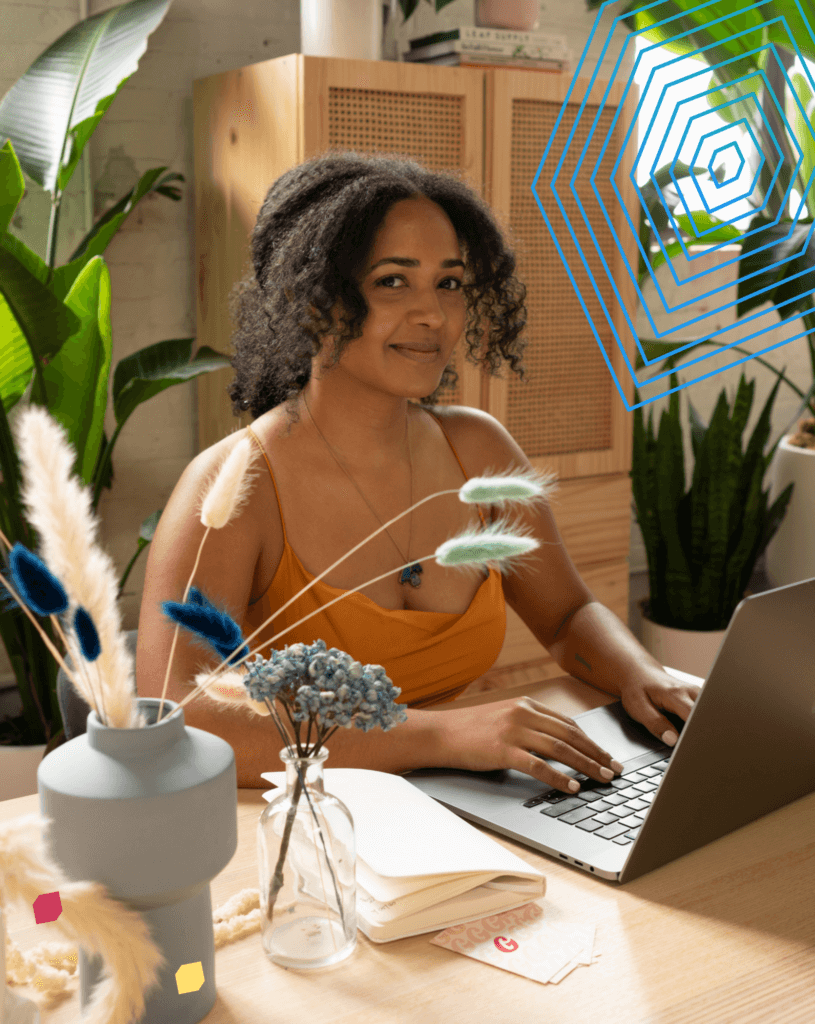 From IRL to a new virtual reality

Once Cat had a good idea of what Goddess Council would look like, she created a deck and shared her work on Instagram. There, she shared a message, inviting her followers in Brooklyn to her home for a potluck, and into her idea of a community. “The first potluck we had, it was four of us, and it was really cozy and cute,” she says.

The next month, she threw another potluck, and the number of people who showed up doubled. So did the one after that. “That’s when it felt like, ‘OK, I’m onto something here,’” Cat says. “And a few of the women who joined were like, ‘You need to make this a thing.’”

It was the kind of realization that Cat says she wouldn’t have come up with on her own.

“I hadn’t really thought about that. I hadn’t considered making it a thing. I started this purely because I needed it, but it turned out there were a lot of other women who needed it too.”

She started hosting more and more events, inviting her growing community to a series of living room hangs. Before long, her community expanded to the living rooms of other women, in Brooklyn, Miami, and beyond.

But then, 2020 happened. And Cat’s community—which relied so heavily on in-person connections—had to adjust.

Cat, for one, wasn’t exactly jazzed about the changes she was going to have to make: Those in-person events had been a chance for women to get off of their phones, create real-life bonds with each other, and tend to their sense of social wellness. “Before COVID, we were very much not technology-based,” Cat says. “And then this year happened and I’m like, ‘I literally can no longer do that, so what am I going to do?”

The answer wasn’t so far away from what she had already been doing. A few weeks into the pandemic, Cat embraced the idea of virtual events, utilizing Zoom and Eventbrite to host the same kinds of hangs she had IRL. By September, she had hosted a whopping 80 gatherings.

But as the events grew, so did people’s willingness to get vulnerable. And Cat knew she was going to have to find a safe space for them to do just that.

“Everyone wanted a cozy spot where they could get vulnerable, talk about the things that they were talking about in the gatherings, and share their resources without going on Instagram.”

She briefly considered developing an app, but quickly dismissed the idea—between the price and the timeline, it just wasn’t feasible. Soon after, she found Mighty Networks, and the idea of a membership. “I was like, ‘OK, here we go,’” Cat says. “It was exactly what I was looking for.” 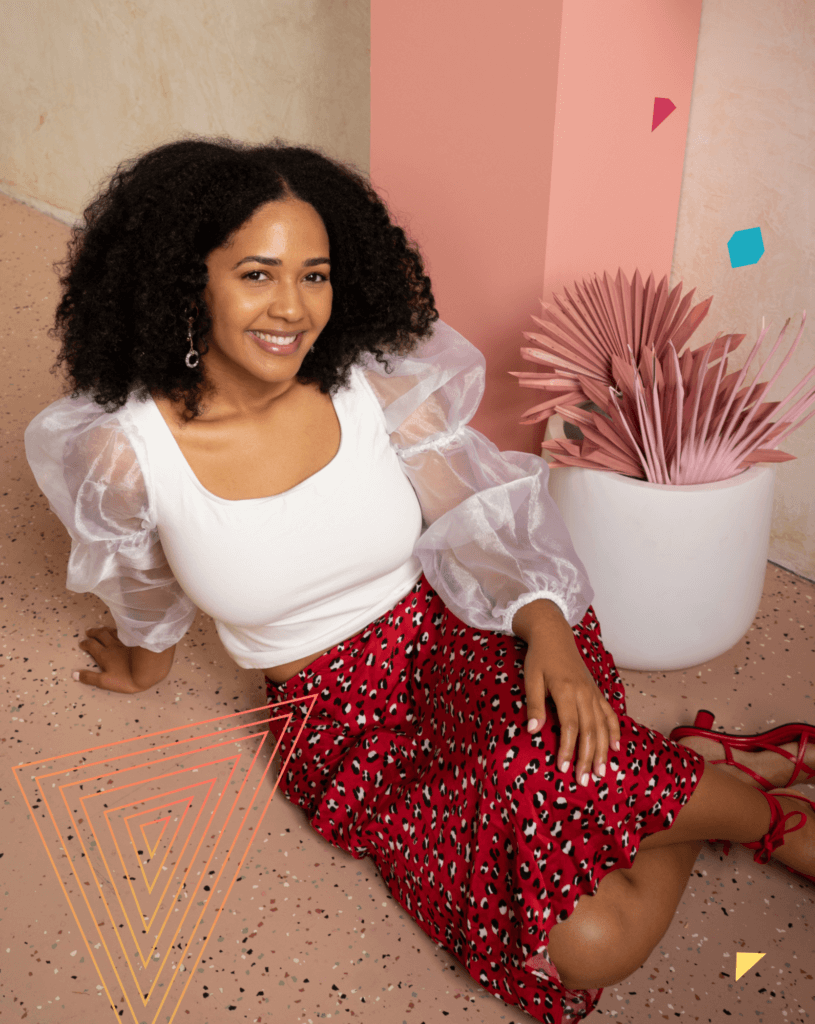 Now, the Goddess Council community is home to over 90 members. And each and every one of them is looking to build bonds, improve their sense of self, and be just a little less lonely.

“The women in our community are trying to grow, trying to evolve, and the people in their immediate circle aren’t really there in that way. They’re looking for a sense of belonging, and they’re looking to feel a little less lonely in that journey.”

To that end, Goddess Council structures its members’ experiences in a variety of ways, including Topics to peruse and add to, and different Groups that serve as mini-communities, like Mamas of GC and Queer Goddesses—all for $39.99 per month. “Everyone in GC isn’t the same,” Cat admits. “But their general intention does overlap, and they all very much belong here.” 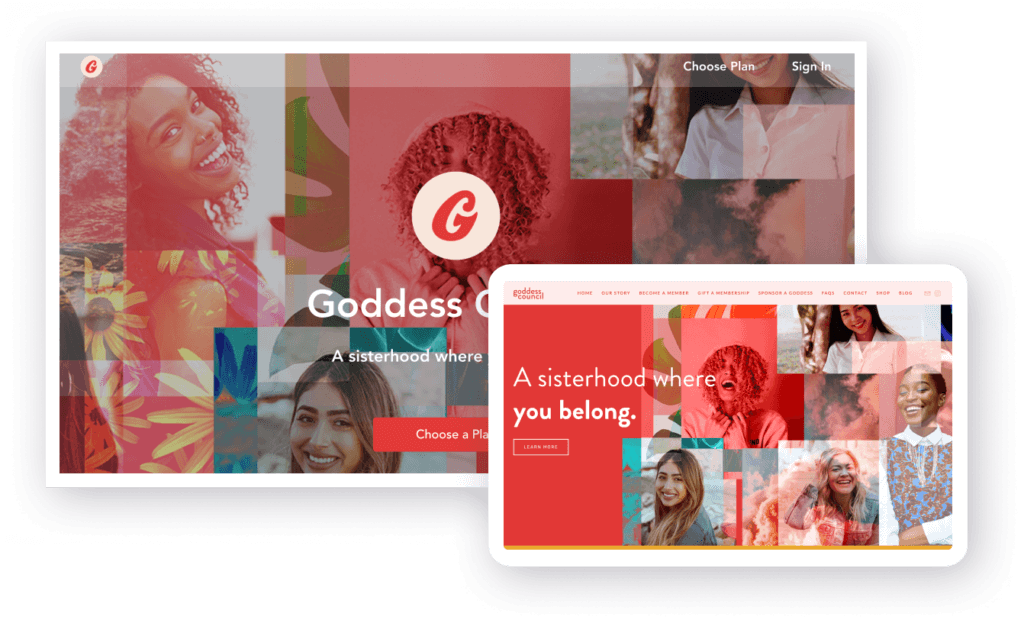 Unsurprisingly, Events—albeit virtual ones—are still Cat’s bread and butter. She hosts up to 20 per month, covering everything from journaling sessions and happy hours to in-depth workshops.

To stay aligned with what her members are looking for, Cat uses surveys and gets pretty deep into the community to check in with everyone. “It comes down to constantly listening,” she says. “Finding the resources, bringing people in. So we can constantly adapt and evolve as a community—because at the end of the day everybody needs change.”

Throughout her own journey, Cat has been both a doer and a dreamer. No surprise, then, that she already has a vision in place for the future of her membership. “One of the things that we really want to do is just go take a trip together,” she says. “So that all of these women who’ve been connecting all year can actually hug each other and vibe and do all of that.”

Still, Cat practices patience: Her membership focuses on social wellness, sure, but it’s also a space imbued with intention.

“I’ve been really OK with this moving slowly. Because this is an intentional community. I’m really in it for the people.”