Featured in this Story of Awesome: Mind Cake Vault

Mind Cake Vault is a paid membership that offers support, guidance, and resources for aspiring cake pop connoisseurs and helps them build their own businesses.

The Spark: After quitting her job and pursuing her treat business full time, Tiffany considered how she could help people who wanted to follow in her footsteps (but weren’t sure where to start).

Tiffany’s Mighty Moment: “**I had doubts, especially when COVID rolled around. I thought, ‘I have nothing to offer. All I do is make cake pops.’ But then I realized, this is exactly what people need right now: a community of like-minded people who want to be on this journey together.”

It took a little bit of time for Tiffany Johnston to find her (literal) sweet spot.

After quitting her full-time job in search of something more fulfilling, Tiffany started a gig at a local bakery shop. She didn’t have any formal baking experience, but after a few months Tiffany found herself responsible for creating cake pops—and loving it:

“Part of my job was to make cake pops. This was super basic stuff: sprinkles, drizzle, that kind of thing. But I had so much fun with it. And it made me realize that I had lost touch with my creative side.”

Shortly after, customers started requesting more detailed cake pops—pirates, basketballs, and more. Overwhelmed, the bakery that Tiffany worked for turned the requests away. First, she thought about what a missed opportunity it was.

Then, she saw the moment for what it really was: a turning point.

She talked to a pastry chef friend who showed her a few blogs, where self-taught cake pop creators showed off their work. Together they came to a deliciously pivotal decision. Not only could Tiffany continue to create beautiful, unique cake pops, but she could make a business out of it:

“I knew that baking wasn’t necessarily my strength. But I also knew that I could tap into my strengths as an artist. So I started asking people questions, and looking into getting a business license, and by the time I left the bakery I had six orders under my belt.”

Many of Tiffany’s followers were inspired by her journey from self-taught cake pop enthusiast to a full-fledged cake pop business owner. They started reaching out to Tiffany to ask her how, exactly, she did it:

“People would comment on my Instagram. They would message me directly. They were asking, ‘What supplies do you use? How do you do this technique? How are you sculpting?’”

As she tried to keep up with her followers’ curiosities, Tiffany started thinking about how she could help them outside of her Instagram inbox. First, she tried putting a course together, gathering bits and pieces from different platforms and websites. But she found the entire process overwhelming, from start to finish:

“I thought, ‘OK if I build a premium course, I can scale my business. It can’t be that difficult.’ But I was spending my time setting up forms, sending people to private Facebook Groups, filtering members. I got burned out. There are people who gain that momentum, but for me, it felt chaotic.”

Tiffany wasn’t ready to give up. She kept an eye out for an alternative setup that worked better for her. As she looked, she stumbled upon a membership site hosted by Bushra Ahzar—without knowing, of course, that it would take her on a path to creating her own:

“I joined her membership site, and something just clicked in my head: This was what I needed. My own community, based on my own goals and values, for people that are go-getters like me. People who want to strengthen their business instead of keeping it as a hobby.”

Tiffany started researching platforms where she could combine a community with a membership. And soon enough, she found Mighty Networks—and renewed energy for her brand new membership:

“I had doubts, especially when COVID rolled around. I thought, ‘I have nothing to offer. All I do is make cake pops.’ But then I realized, this is exactly what people need right now: a community of like-minded people who want to be on this journey together.” 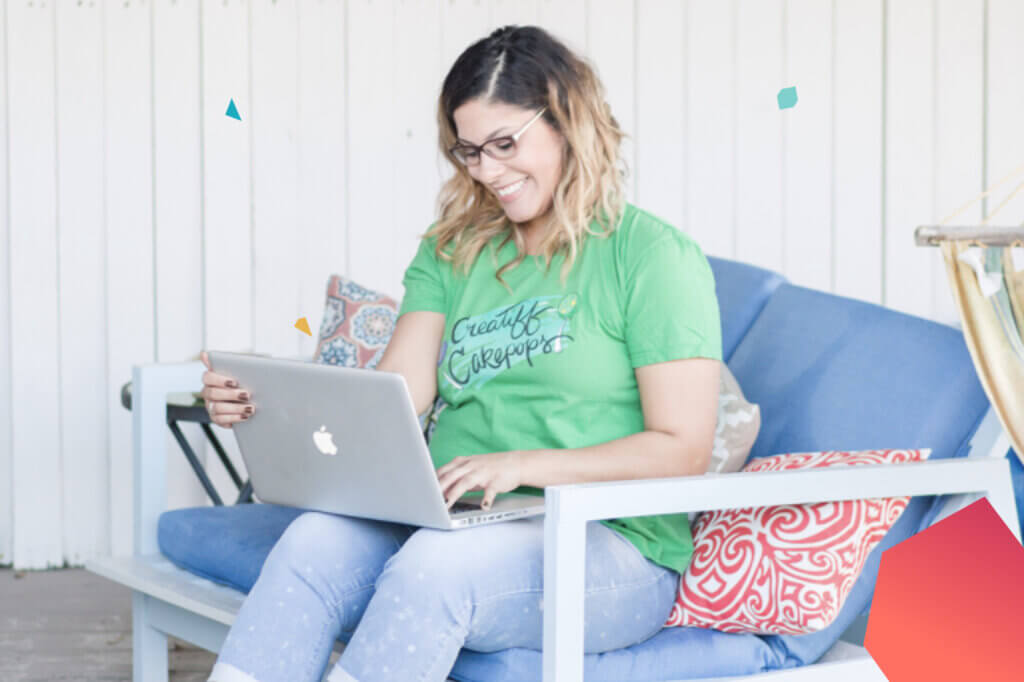 Breaking through to a sweeter side

First things first: Tiffany had to figure out what she was going toname her new membership community. Thankfully, she already had some ideas in mind:

“I have an obsession with naming things. And I wanted to give people the impression that A. it’s literally and figuratively a piece of cake to learn what you need to learn to level up, and B. that everything you need is inside of this vault!”

“It’s really about people who are ambitious and don’t want to spend all of their time trying to figure it out on their own on Google. A lot of them need help figuring out the best way to show up in the world and on social media, in a way that’s going to boost their business.”

When it came to launching to those ideal members, Tiffany used her Instagram following to her advantage, creating posts and stories to tease that she had something fun coming soon. She followed up by going live on Instagram and announced the initial enrollment period for Mind Cake Vault, offering an early bird bonus for people who signed up during the live session:

After about a week, she closed off the enrollment to keep things manageable. Limiting the number of initial members would also ensure that she could nurture her relationship with each of them, allow them to foster relationships with each other, and focus on building the community collaboratively:

“I really wanted that chance to nurture, because it was so new for me and for them. And because of that, we’re in a place now where we’re still all building this thing together.” 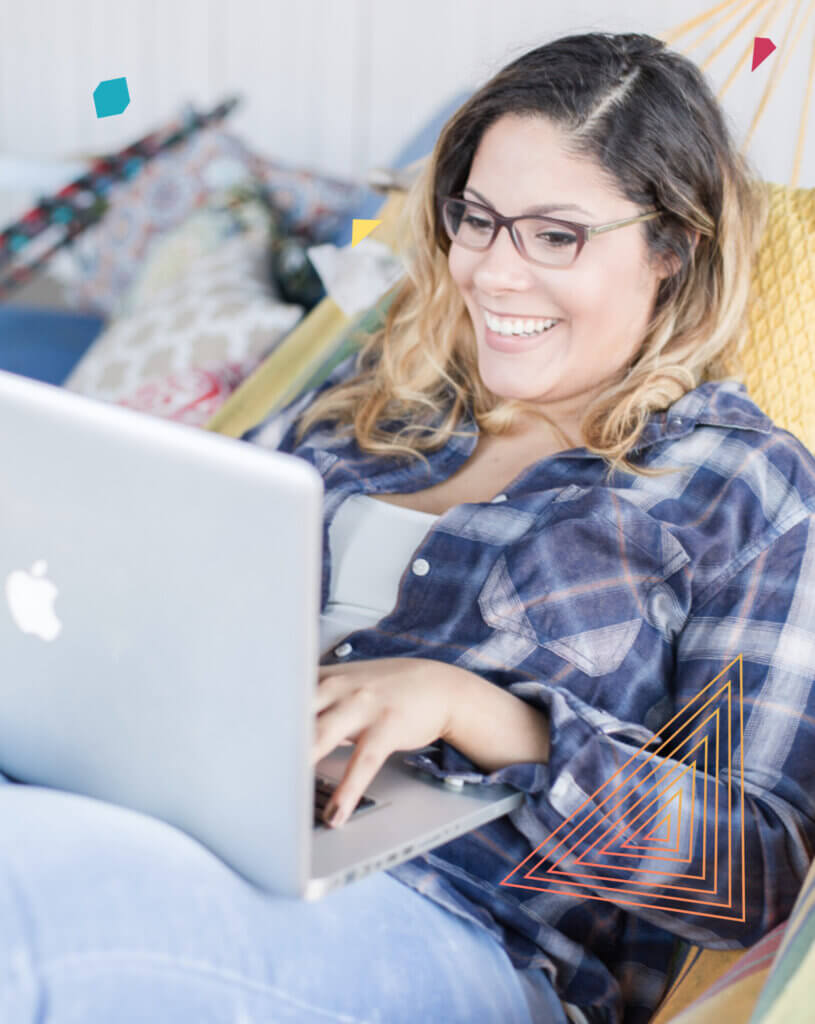 A membership community that’s a piece of cake

Today, Mind Cake Vault has over 100 members who are paying $15.99 per month. While Tiffany plans to raise the price for her next enrollment period, locking in her initial members at a lower price point has allowed her to test the waters and make sure she was offering enough value.

So far, it’s paying off. Not only are her members getting value from all of the content and connection that Tiffany is providing, but they’re already gaining the confidence to make moves IRL too:

“These are people who have a background in baking, but not necessarily art. And now, they’re learning art techniques they didn’t know before. They’re improving their recipes. They’re taking better pictures. They’re building relationships with their following. They’re getting so much out of it. And it’s amazing.”

Here’s how the rest of Mind Cake Vault breaks down:

“I just thought, ‘I’m sure these people are lonely right now during COVID.’ So they really enjoyed it — just that chance to see each other, to hold each other accountable, and to work with each other with our cameras on.”

In addition to all the above, Tiffany utilizes quick Polls and Questions to gauge what tutorials her members would like to see and to encourage her members to give her feedback. She’s very much using her initial set of members to learn more about what her followers need and want—and how she can best deliver:

“I’ve been learning that it’s not a bad idea to start small and run that trial period where your membership costs a little less because your members are there to grow and learn with you. It’s been challenging, but I love it. I’m just doing what I can to make my people want to be part of the community and feel important.” 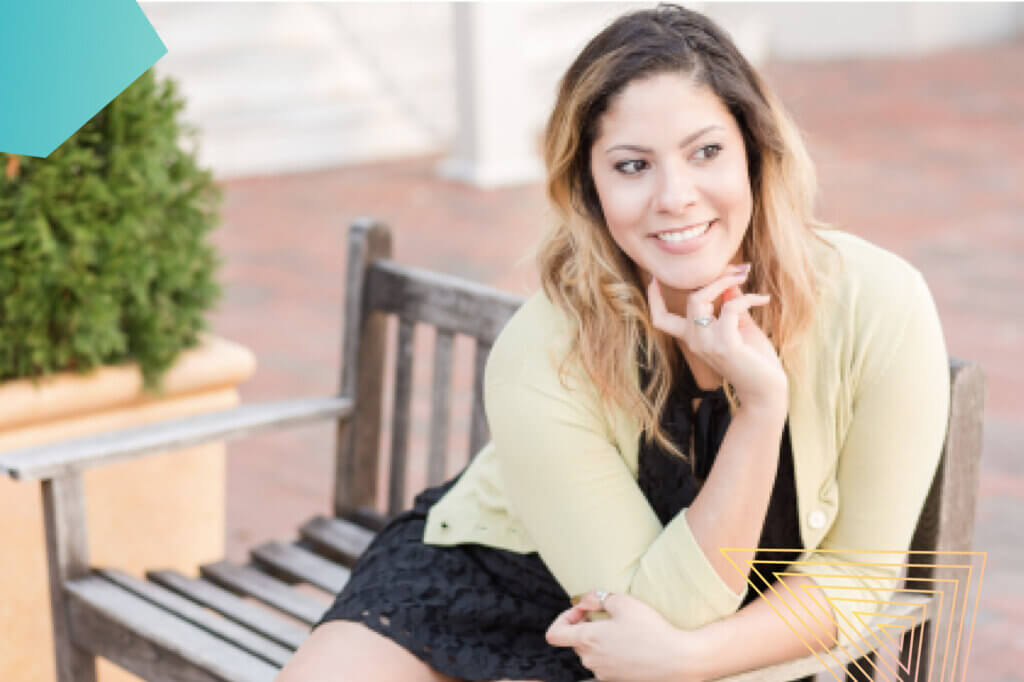 From doubts to dreaming big

Tiffany loves to dream big. So it’s no surprise that she already has big plans for the future. In the next few months, she wants to kick off a contest during the holiday season to get her people excited, turn some of her content into a course, and open up a new enrollment period in November (and she already has nearly 70 people on her waitlist).

She’s also hoping that when it’s safe to do so, she can meet up with some of her members in person:

“I just get so excited thinking about when COVID's lifted and I can meet all these people in person. Like, ‘Oh my God. I'm going to cry. I'm so excited.’ It's just so amazing to have this community and to see people leveling up and gaining confidence.”

And while the road to Mind Cake Vault has been bumpy, she’s excited to see where the rest of the journey will lead:

“There have been times where I hit a wall, and I’ve thought ‘I can’t do this. This is too overwhelming.’ But nothing worth having comes easy. And whenever I hit a point where I’m struggling, there’s something amazing on the other side. There’s always a lesson to be learned.”