Featured in this Story of Awesome: Socality

Socality is a free, private community connecting creatives—from photographers to storytellers—and offering them opportunities to collaborate, share, and grow.

The Spark: Upon returning to his native Canada, Scott started looking for ways to reconnect with his country and his fellow creatives.

After living in sunny Australia for six years, Scott Bakken’s return to his native Canada was, unsurprisingly, a substantial adjustment. “It was like, fish out of water,” he says. “And for me and my wife, we just wanted to reconnect with Canada and this way of life.”

Eager to make the most of the natural scenery in Alberta, Scott started taking photos of his adventures and posting them to Instagram. “This was in 2013, when social media was on the rise,” he says. “Instagram was on the rise. And as I started to reconnect back into Canada, I kept taking photos because it kept connecting me to more people. People all over the world who were messaging me and saying, ‘Wow, where you live is really beautiful.’”

As Scott built up his Instagram profile, and as people continued to vibe with his work, he was struck with an idea: What if he invited his most engaged followers to visit, so they could experience Canada’s picturesque vistas for themselves? “That’s how the concept of Socality was born,” he says.

“It was really about bringing people together online and then turning those online interactions into face-to-face encounters.”

Scott figured that with a dedicated online hub, Socality could bring his fellow creatives together and open up the doors for everyone to collaborate, share, and learn from one another. “I went in hoping that ultimately, with people’s collective influence, we could all inspire each other.”

Once launched, Socality took off immediately. “Before you know it, we had 300 people coming up a couple of months later in Alberta, visiting us in the mountains,” Scott says.

Turns out, that was just the beginning. With the first event a resounding success, Scott continued to curate additional live events across the globe, hosting get-togethers in Vancouver, New York, and even Australia. Before long, Socality had established growing mini-communities in each of those cities and beyond, bringing together a wide range of creatives, including social media creators, videographers, influencers, and artists. 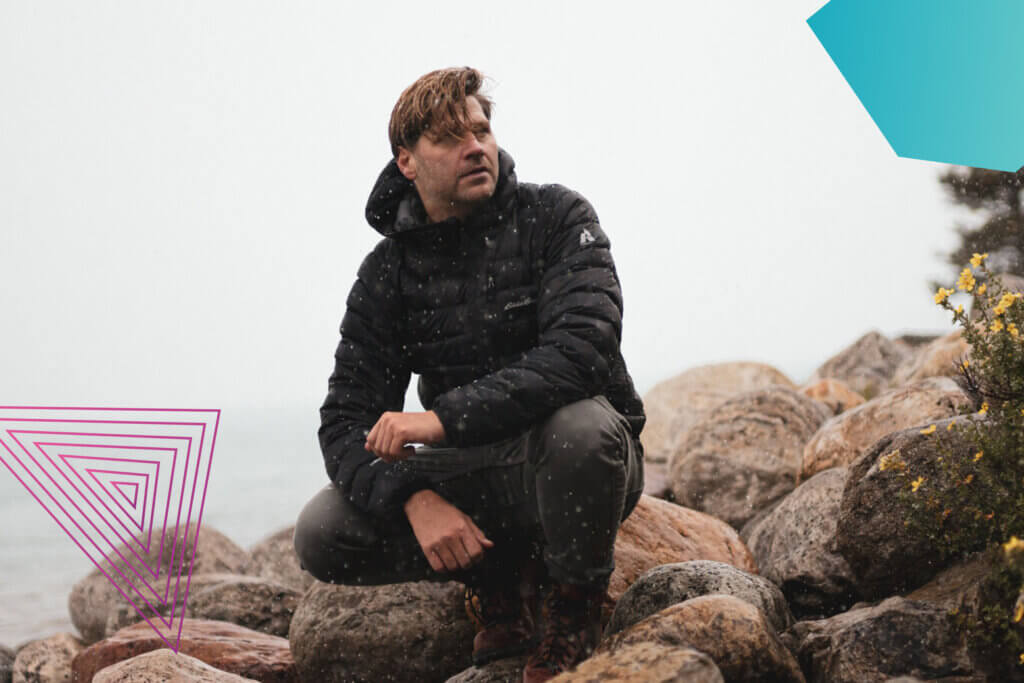 As Socality grew, Scott and his expanding team started thinking bigger too. Their biggest challenge? Keeping people connected and involved in between events in a natural, organic way.

“We were looking for a home away from home for our vibrant community. But we couldn’t figure out what that looked like. We didn’t really need another Instagram or Facebook, but we did need a way for people to naturally engage.”

While doing research, Scott connected with a friend who was using Mighty Networks. And after a bit of exploration, he was hooked. “Local communities are really big for us,” he says. “So the idea of being able to find people around you, people in your local area, was the hugest thing.”

Finding a dedicated digital space for the Socality community also enabled Scott to speed things along—something he may not have done if it weren’t for COVID. “We had been doing online workshops. We definitely had already been creating spaces for people to connect,” Scott says. “And originally we were going to launch in the fall. But with COVID we just thought, ‘People are really online heavy right now, so let’s just go.’”

Today, Socality’s dedicated community space, MyCommunity, has nearly 1,600 members. And according to Scott, the response has been overwhelmingly positive.

“I think just with everything happening right now, people are pretty exhausted by some of these other spaces. But we’re a pretty positive community, and it’s been a nice outlet for our members to get away from some of that noise.”

For now, membership to MyCommunity is free. Still, Scott and his team pile on the value in a variety of ways. Within Topics, members can share their work, discuss technical challenges, share their favorite gear, and find job opportunities. And Groups provide members with the opportunity to join their local Socality communities, based in cities like Vancouver, Calgary, and New York City. 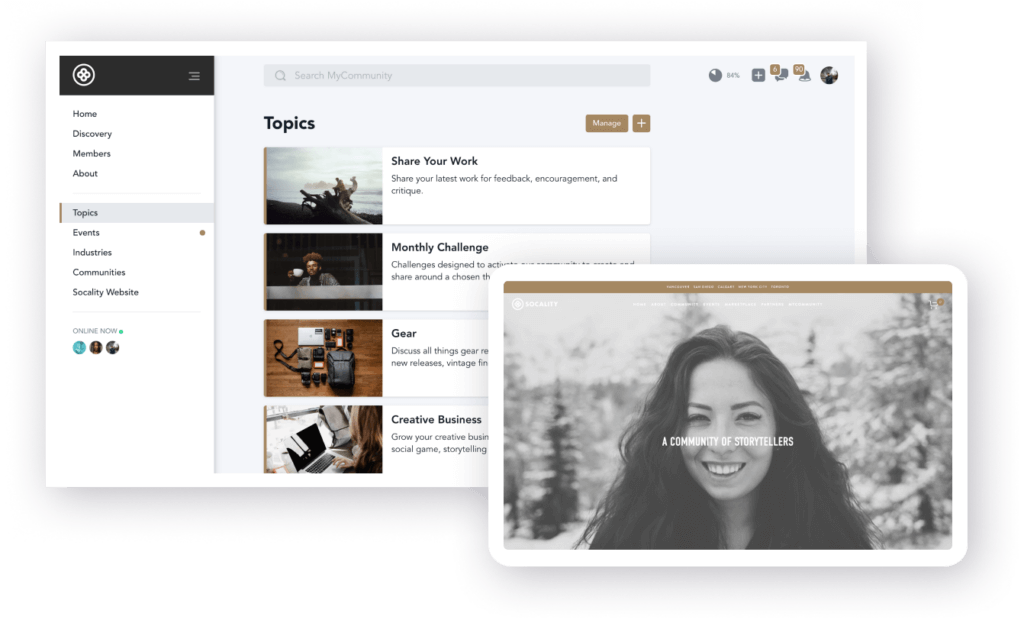 MyCommunity is also anchored by monthly challenges that inspire Socality creatives to build content alongside a theme. It works twofold: members can discover new artists and get their own work featured and showcased.

Between the challenges and the opportunities for collaboration, Scott hopes that the Socality community will continue to grow—both online and off. “So much of this community is the challenges,  people sharing work, and asking questions,” he says. “And I have no doubt that if and when things get back to normal, and people are highly traveling again, this will service people even more and continue giving them value both within MyCommunity and our in-person events.”

Scott’s biggest hope for the coming year? For Socality to just keep growing. “We just want to scale up and get as many people on our platform as we can,” he says.

He’s also interested in exploring new ways for his members to get involved and different tactics for expanding Socality’s offerings in the future. “Eventually, we want to think about adding in a paid model subscription, or maybe going freemium,” he says. “We also have a lot of great partners, and would love to get them involved somehow.”

But for now, Scott and his team are happy to tend to the space they’ve been able to provide: a home for creatives of all shapes and sizes to collaborate, grow, and connect.

“This is the greatest, easiest way to get people involved and get them to start engaging on their own. And we’re really lucky: Everyone is just super sincere, really collaborative, and really creative. It’s a really cool atmosphere because we’ve got really cool people.”