Featured in this Story of Awesome: The Circle By Black Girl In Om

The Circle by Black Girl in Om is a paid membership site for Black women and women of color seeking to grow in radical love, gratitude, and embodied liberation through sharing resources, community, and events.

The Spark: Frustrated with the lack of holistic wellbeing community spaces that centered  Black women, Lauren Ash created her own.

Lauren’s Mighty Moment: “The ability to still have this familiar, social media feed feeling that everyone’s now used to? I love that.”

As a longtime practitioner of yoga and meditation, one thing always stuck out to Lauren Ash: when she took classes and attended events, there was often a severe lack of teachers of color. And there were rarely any events that centered Black women.

Thankfully, Lauren has long ad a great passion for teaching the tenents of holistic well-being. And she knew she could change the status quo. Before long, she acquired her yoga teaching certification and started to host weekly gatherings that centered on yoga and self-care with people of color—and specifically Black women—at the forefront. And by 2014, Black Girl in Om was born.

Since then, Black Girl in Om has exploded in popularity. The brand has been featured in publications such as the New York Times, New York Magazine, Vogue, and more.  And Lauren and her team have hosted events around the world, connecting people together who are trying to embody their most authentic selves.

But when COVID-19 happened, Black Girl in Om began rethinking how they could continue connecting with and teaching others about holistic wellbeing in a virtual space. Their solution, an online community named  The Circle by Black Girl in Om launched a few months after. And now, for $44/month, Black women and women of color can connect, learn, and grow together through yoga, mediation, and more. 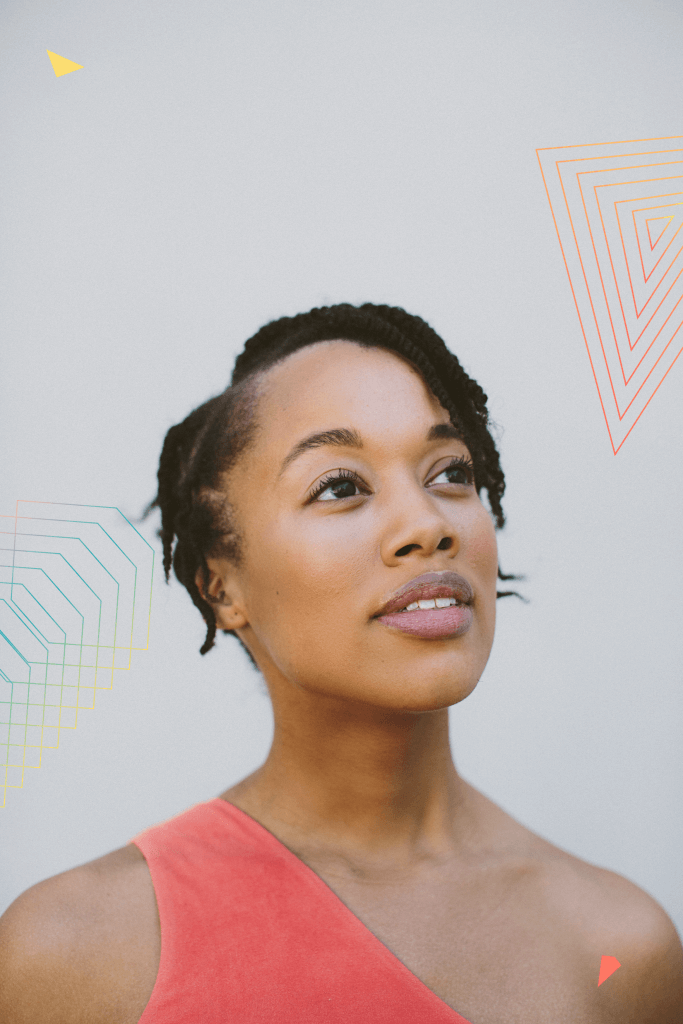 What inspired you to launch The Circle as a dedicated community space?

I started Black Girl in Om in 2014, quite literally because I needed the space. As a Black woman who is really passionate about holistic wellbeing, particularly through the modalities of yoga and meditation, I didn’t see spaces that represented me, that looked like me, that reflected me back to me, and I rarely had any teachers of color.

So I got my yoga teaching certification, and shortly thereafter I started to post weekly yoga sessions and gatherings that centered on self-care with people of color, and specifically Black women. And one of the recurring things that continue to come up in in-person gatherings was the need for a way to come together as a community without having physical space and time.

What commonalities do the members of your community have with one another?

Black Girl in Om has always centered on Black women and women of color, and we are intentionally leaning more into intergenerational conversations as well. I’m a Millennial. Most of my team members are Millennials. But we are always interested in how we can be in conversation with those who are older and younger than us. We do our best to make sure that our programming is reflective of that.

“Black Girl in Om has always centered on Black women and women of color, and we are intentionally leaning more into intergenerational conversations as well.”

The great thing is that since it’s all digital now, we’re not bound by any national borders. We have people from Canada, South Africa, a lot of people from the UK, a woman who’s been living in Tokyo. So it’s like everyone from everywhere. It’s great.

With everyone being from everywhere, how have you seen your members connect with each other? Has it been a challenge?

In the first couple of months, our members were more reliant on us—me and other designated Hosts within my community. Especially when it came to sparking a conversation and asking a question.

Now members are taking initiative. So a lot of days I feel this energy of like, “I got to go in there and say something or engage.” And then I’ll go in there and they’re already having their own conversations. And I’m like, “Oh this is great.” 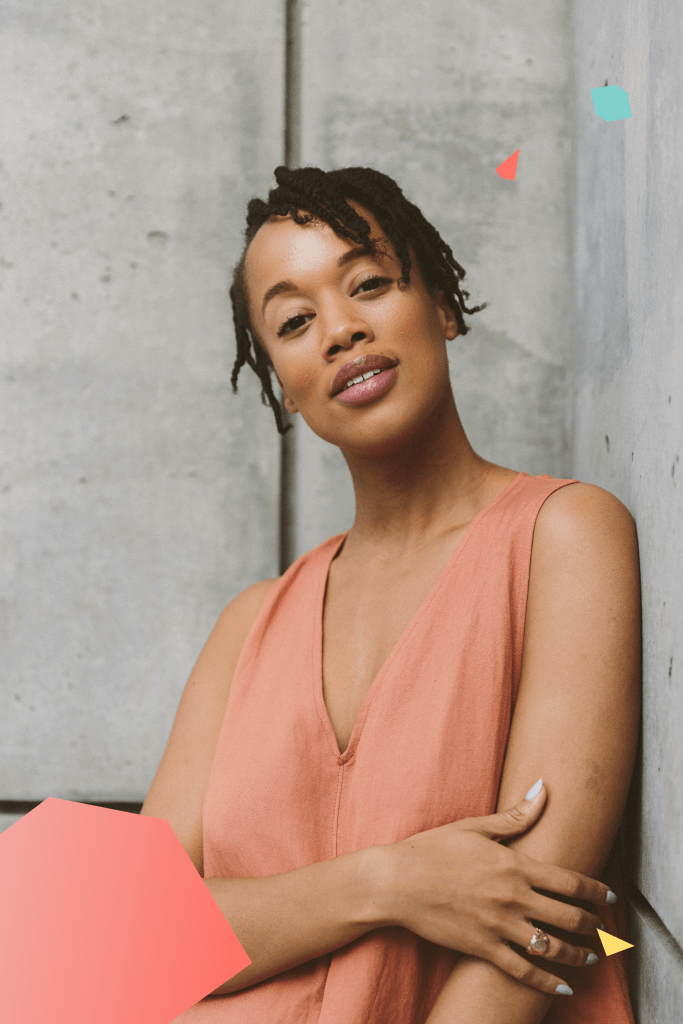 How much time are you spending in your community day-to-day?

The main thing, I would say, is staying on top of DMs. In the beginning, I literally did not have anyone messaging me one on one, and now it’s more of a frequent thing. And that can bring challenges because I’m not the administrative person, but sometimes they don’t know who else to reach out to.

But I am messaging and checking in with people like, “Hey I really loved seeing you in our gathering this past weekend. Thanks so much for what you had to share.” Those personal touches matter a lot.

How else have you been adding personal touches? What tools do you use to connect with your members?

The ability to message all of the members in real-time. It might be kind of simple, but we’re an organization that we have a lot of things going on. We pride ourselves on doing things beautifully and we love the idea of sending out a weekly email to all of our members to make sure everyone feels like they’re getting the attention they need. So sending a DM to everybody in a way where all of the members can ask clarifying questions, and then get a response, honestly has been everything.

“The ability to still have this familiar, social media feed feeling that everyone's now used to? I love that.”

I also love the “Activity Feed” in my Mighty Network. We have a very strong and large social media following. But there are some spaces that are for more intimate conversations. The ability to still have this familiar, social media feed feeling that everyone’s now used to? I love that. It’s very smart and it keeps things going in a way that makes sense.

What are some things you’ve learned since launching last year? Has your perspective shifted at all?

We discovered a lot during our initial few months. One thing was that we were having thousands of people applying to join the community, but there was a significant drop-off rate between those who expressed their interest via the application and those who actually enrolled.

“We’ve learned that it’s less about numbers and more about being intentional about what we’re building.”

We also realized really quickly that there are so many things that go into making sure that everyone is properly tended to and cared for within our community. And that it’s okay if we don’t get to 500 members by a certain date—it just wouldn’t be sustainable.

So we’ve learned that it’s less about numbers and more about being intentional about what we’re building. Some questions all community builders should ask themselves are: Are you really able to handle that? You might have people who feel lost in the shuffle. You might have people who feel like the community isn’t intimate and they wanted that. So you really have to figure out the intention behind your community. 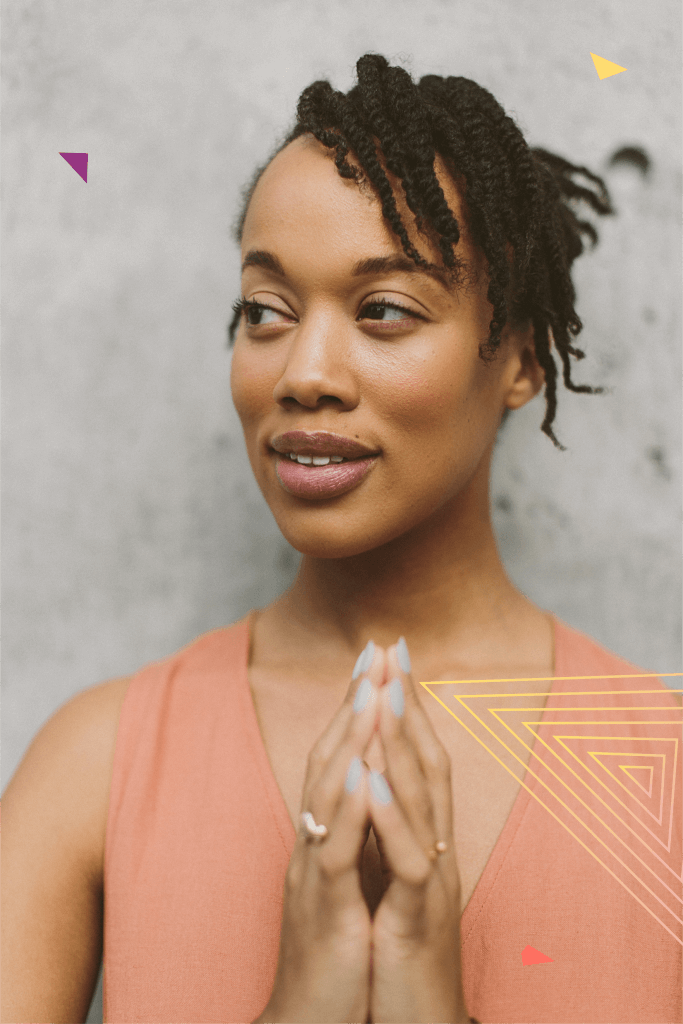 Do you have any advice or habits for people to try to create a thriving community like yours?

I think this is less about habit building and more about creating a space and energy for people to share parts of themselves with each other. Our organization thrives on that energy.

When our members feel comfortable sharing and being more vulnerable, that can kick off questions and engagement. How do you do that? You mirror that behavior with your leadership. My team does it.

You’ll be surprised what people have to share. Literally, any topic that you can imagine, they’re opening up about. And you could look at it and be like, “These are strangers. They don’t know each other.”

But we have a shared bond, and that is created through our community guidelines and our organization’s strong mission. When you help people feel comfortable with that, they’ll be excited to align with all of what you’re building.