Featured in this Story of Awesome: Financial University

Financial University is a paid membership and community that guides its members towards gaining financial literacy through courses, resources, and support.

The Spark: After working a few years as a corporate wealth manager, José decided to offer the same help to everyday people who needed it.

José’s Mighty Moment: “I just want people to have a very, very strong foundation. I want people to know about Financial University, and be like, ‘Hey. I’ve heard of that. That’s legit.'”

As a child, José and his family immigrated to the U.S. from Venezuela. And that experience, he admits, came with a lot of challenges.

“One of the things I noticed from a young age is how important money is in life, and how tough it can be when you don’t have it or don’t understand the unspoken rules around it.”

So when it came to pursuing higher education, José chose to focus on finance. In his mind, it was a practical choice: he was good with numbers, and it was a major that would translate easily to the real world.

From there, José’s path was straight and narrow: Shortly after graduation, he joined the wealth management industry. And after a couple of years of hard work, he found himself advising for big brands: managing assets and investments, working with financial planning clients, and more.

Soon, his perspective started to shift.

“I had this whole thing in my mind that, yeah, it’s great that I’m serving these people that have good amounts of wealth. But I wanted to be able to provide the same information to other people who need it, whether it was minorities, like myself, or millennials who didn’t learn this stuff in school.”

José started playing around with the idea of using social media to educate his followers on financial topics. As he put out his first video, his day job caught wind of his new efforts and drew a line. “The corporate wealth management world is super, super strict,” José says. “And they told me, ‘You have to play by the rules. If you want to leave and do your own thing, that’s fine. But you can’t do this here.'”

It was enough for José to commit himself fully to his new venture. “I figured it was an excellent opportunity to do this kind of work,” he says. “And I believed that if I worked really hard and led with a ton of value on social media, I could make it happen.” 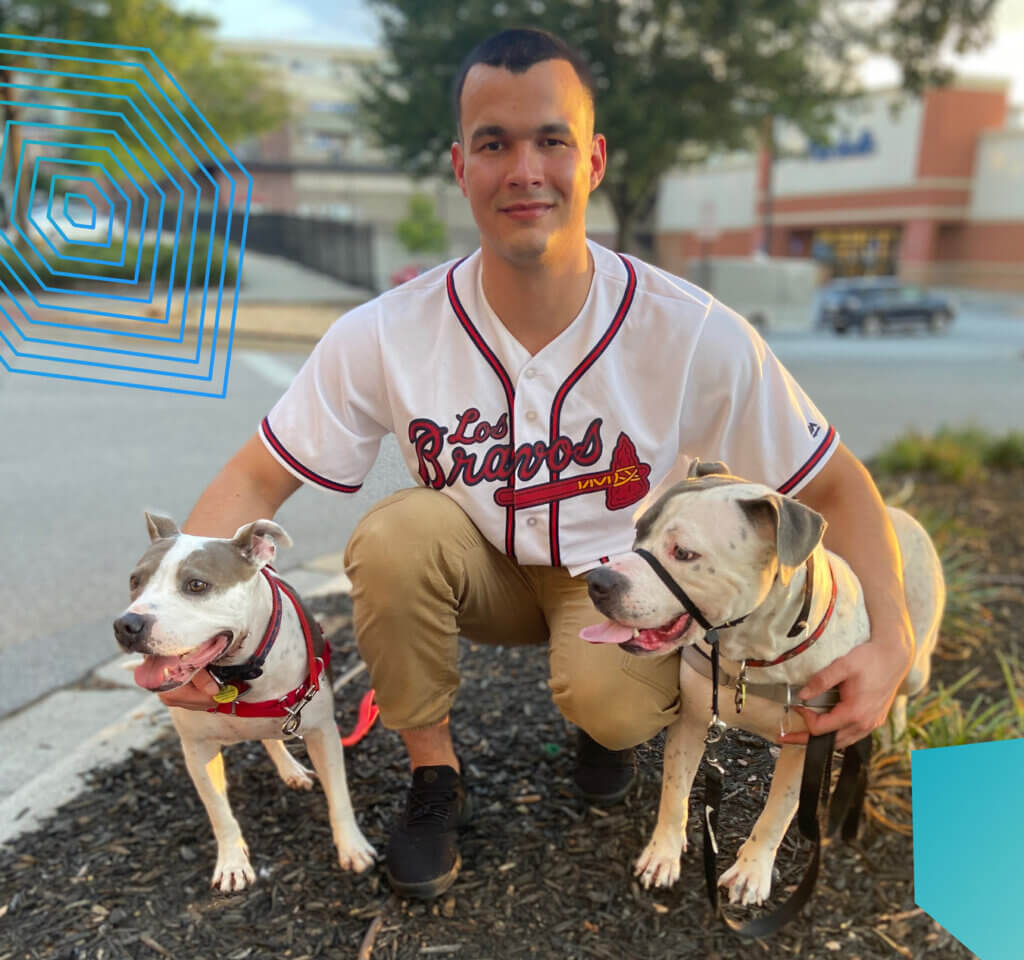 All about the Benjamins

By that March, José had started building out content on social media with a new moniker: The Millennial Money Mentor. “I had no idea what I was doing,” he admits.

He experimented with different sorts of content—videos, Twitter threads, and more—figuring out what worked best for his growing audience. But no matter the format of the content, José kept one thing consistent: A sense of accessibility.

“The thing about the financial world is that they tend to make things more complicated than they need to be. So for the most part, I try to keep things simple and easy to understand.”

Within a few months, José had several thousand followers—and a few ideas about his next steps. “I wanted something where I could provide more structure and context,” he says. “And I wanted to be able to do it in a community, versus one-off social media posts.”

After searching through a variety of platforms, he found Mighty Networks. Instantly, he knew it was a good fit. “Just the idea of having some kind of synergy between what I was already doing, and a separate community space—there’s so much value in that,” José says. “And I knew that my followers would be able to get a lot more from being a part of this new thing.”

By November, Financial University had over 200 members. Today, the number is over 1,090. So far, José has found that having a dedicated community space gives his members an opportunity to engage deeply and authentically. “It’s helpful to have like-minded people with similar goals and similar types of questions,” he says. “It means that people are a lot more comfortable asking questions that they otherwise might feel bad asking.”

Unsurprisingly, the majority of José’s members come from his efforts on social media. “Instagram is my number one asset for bringing in new members to Financial University,” he admits. “It’s just an easy way for them to get a sense that I know what I’m talking about. They kind of already feel like they have somewhat of a relationship with me, and this is their chance to take it a step further.” 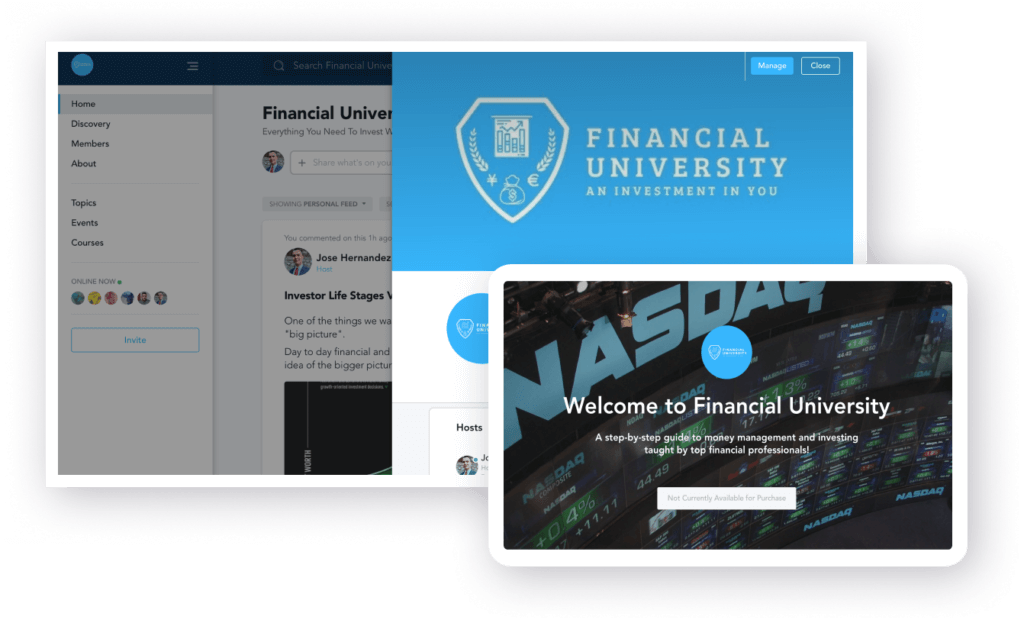 For a one-time fee of $299.99, Financial University members can access three flagship courses, plus the overall community. (Each course is also offered on its own for $149.99 each.)

This current setup is a recent recalibration that José says better reflects the massive amount of value and information included within those resources. “We want to restructure to reflect that this is extremely valuable information,” he says. “But we also want to come up with something that’s fair, that’s doable, and that’s accessible. It’s still cheaper than a PlayStation5!”

The future of finance

While José has spent the greater part of 2020 building out his membership, he’s excited to turn the corner in 2021, bring on more members, and see just how much his community can grow.

In that vein, José will continue to leverage his Instagram following to bring more people into his Mighty Network—and to work to establish trust with potential members. “I love sharing screenshots of actual member feedback on my Instagram, where they’re saying, ‘I never understood this until now,'” he says. “I’m really big on showing my followers that the people in our community find value in what we do.”

And as José works to build his dream of a legitimate, well-respected financial literacy platform, he won’t lose sight of who he’s building for, or why.

“I just want people to have a very, very strong foundation. I want people to know about Financial University, and be like, ‘Hey. I've heard of that. That's legit.’”