Featured in this Story of Awesome: In The Cut

In the Cut is a community for marginalized creatives looking to break into the television and film industry.

The Spark: After years spent struggling to build her own network, Rae found her way into the entertainment industry—and immediately started clearing the path for others looking to do the same.

Rae’s Mighty Moment: “The fact that I could just throw something on the Internet without a following and get this kind of response, to me that shows that there’s a real need for this kind of help.”

Rae Benjamin had always been a writer. She just didn’t know how, exactly, to make a career of it. “I thought being a writer meant you had to be a novelist,” she says. “That was ingrained in me. And I knew I didn’t want to write novels.”

In college, she didn’t think much about pursuing a career as a writer. But after she tried a screenwriting elective during her junior year, something clicked. “I fell in love with it,” Rae says. “And I was like, ‘Oh. I can do this.'”

Afterward, Rae started thinking about how to turn her newfound passion into a real-life paying job. Since she was already in the home stretch, she didn’t really entertain the idea of changing her major. Instead, she talked to the dean of her university’s film school about graduate school.

He was reassuring. Kind of. “I graduated in 2009, so this was the height of the economic recession,” she says. “And he point-blank told me, ‘Unless you have money to spare, it would be irresponsible for me to tell you to go into debt for this. You don’t need to have a degree to be a writer.’

The dean left her with one crucial piece of advice: Rae should focus on her work and building her network. The former was a breeze. But the latter was more difficult than Rae had expected. “I grew up in L.A. But I’m from regular L.A. I didn’t really know anyone.” 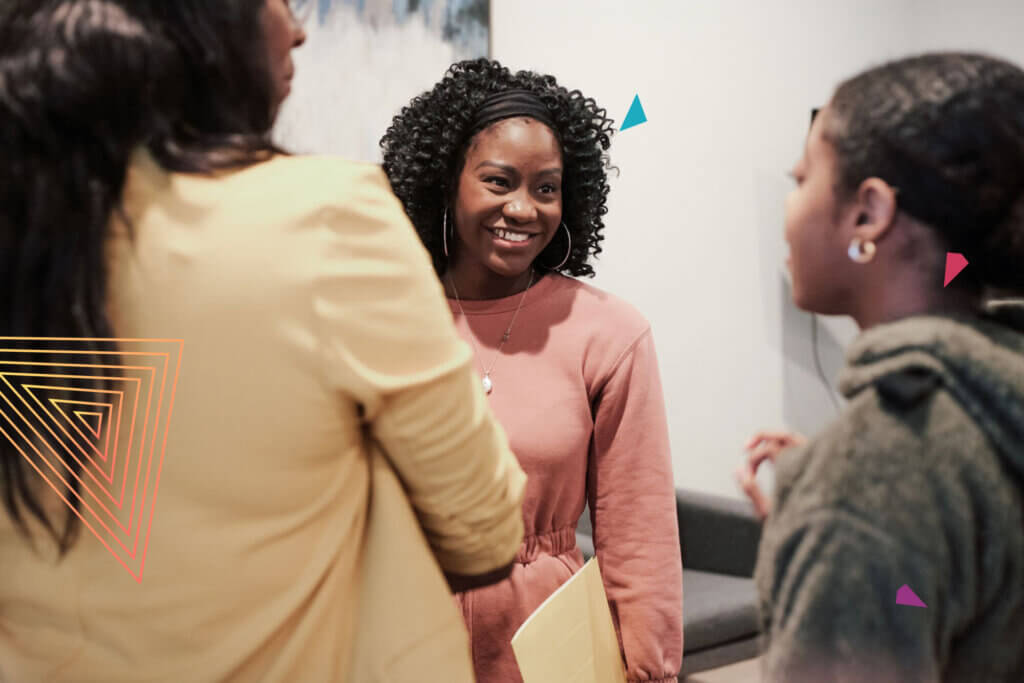 Fast forward a few years: Rae was still writing scripts in her spare time, but she was spending her days working full-time as a graphic designer. By 2018, she decided enough was enough.

“I know this is going to sound very woo-woo and mystical, but in 2018 I decided I was going to have a job in the entertainment industry at the end of the year. So I quit my job and started freelancing, just so I could have more time to write.”

From there, things snowballed (in a good way). By February, she had gotten into the Hillman Grad Mentorship Lab, and an in with actress and writer Lena Waithe. By October, she had a gig as a writer’s assistant on Shonda Rhimes’ upcoming production for Netflix, “Bridgerton.” And shortly after, she got a recommendation for her current job— a script coordinator on “The Witcher.”

With a few months of experience under her belt, Rae started immediately thinking about ways to pay it forward. “As soon as I became a writer’s assistant I was like, ‘How can I tell other people about this experience and these opportunities? How can I create a space to offer increased transparency?'” 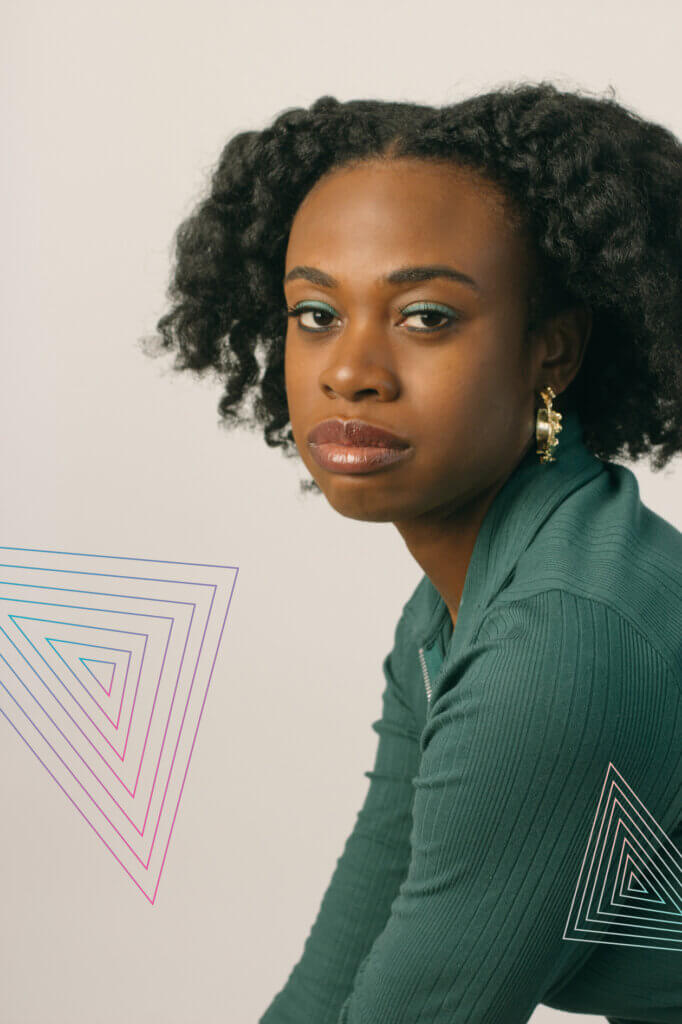 By the beginning of 2020, Rae had created a solution: In the Cut. “I conceived it as a live event series of workshops, just to help inform people, train people, and facilitate networking with people who are interested in writing.”

She organized her first event in January and threw up a post on Instagram. She figured, since it was the first event of a brand new business, not many people would come through. “The venue was only big enough for 50 people,” Rae says. “I didn’t expect so many people to even be interested in it.”

But they were. And that first event sold out within the hour.

“The fact that I could just throw something on the Internet without a following and get this kind of response, to me that shows that there’s a real need for this kind of help. Because there’s a lot of resources to help you become a better writer, but none to actually get a writing job.”

She used that first event to build up an email list and started planning a second one. Unsurprisingly, that event sold out in a couple of hours, too.

Then, just as In the Cut was picking up speed, COVID hit. The series of live events that Rae had been working so hard on was no longer feasible.

But instead of seeing that as a disadvantage, Rae shifted her perspective. “I had to quickly pivot and think, ‘How can I still do my business?’ That’s when I started doing webinars and online events.”

Using the network she had built, Rae recruited working industry professionals to host a series of low-cost webinars. At $15 each, those webinars covered everything from a three-day boot camp for writer’s assistants to a one-day course on DIY content creation.

Around then, Rae noticed that attendees were craving a greater sense of connection. “I had no intention of starting an online space. But I noticed every time we did a webinar, people would be in the chat asking each other, ‘How can we stay in touch with each other after this is done?'”

First, Rae tried keeping things organized in a Google Doc. “It was wildly inefficient,” she says. Then she turned to the usual suspect: Facebook. “I always knew I didn’t want to be on Facebook. But it was the only thing I could think of at the time.”

By the time her Facebook Group had grown to over 450 people, she heard about Mighty Networks through word of mouth. And Rae says it felt like the perfect fit. “It gives you a lot more flexibility. Way cooler features. And as a designer, it’s much better looking than a Facebook Group.” 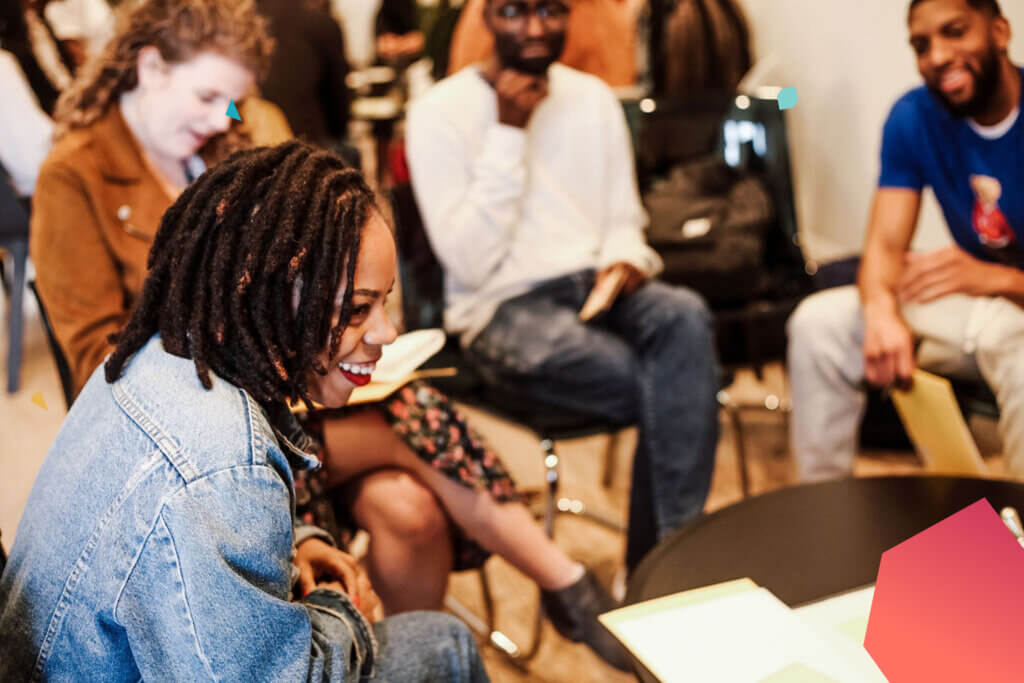 Four months in, and the In the Cut membership has doubled its members and then some: Today, nearly 1,000 aspiring screenwriters call this free community home. “It’s a lot of people joining, liking it, and telling other people to join,” Rae notes. “Word of mouth has been so crucial.”

The membership has become more than just a space for people to connect in between webinars. It’s also a place where they can network, learn about jobs, mentorships, and fellowships, and get filmmaking tips.

“That was also something that was important to me. I wanted to make a space where it was more than just a bunch of people hanging out. I wanted a space that was populated daily with information to help people learn more about this industry.”

In the Cut’s members are contributing plenty, too. “So many of our members post great content, and I love it. People are using the community to come together and make virtual mock writer’s rooms. Everyone is constantly contributing.”

Since launching in August, Rae has added a couple of more perks, including virtual mixers. Within those mixers, members can find each other and start writer’s groups to hold each other accountable. 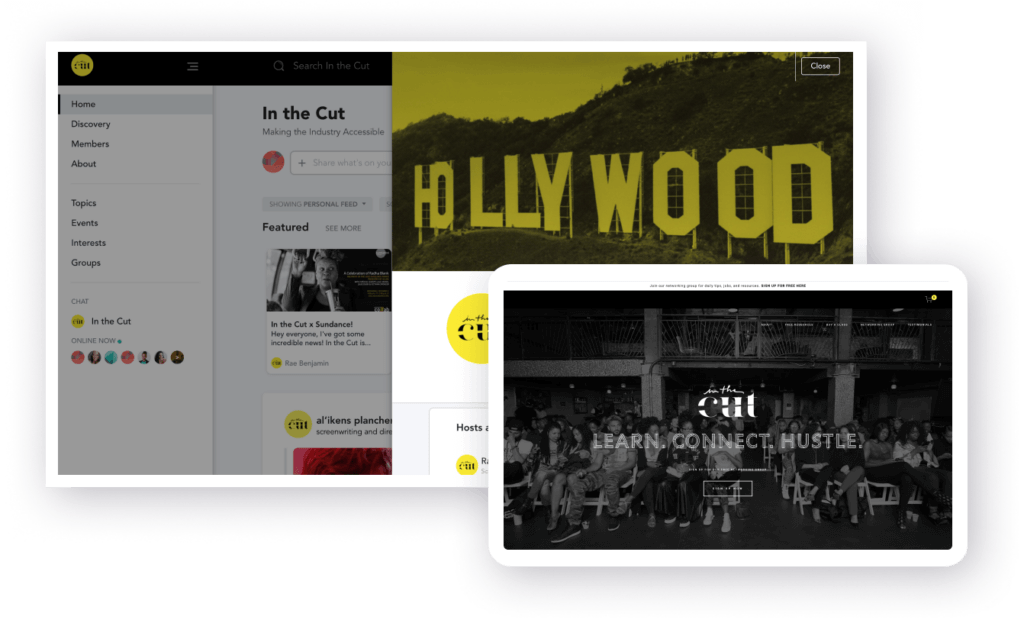 She also offers her members lifetime access to webinar replays—many of which feature seasoned industry professionals—for a one-time fee of $39.99. For Rae, that pricing is all about making these resources as accessible as possible. “One thing I’m into is decreasing the number of barriers,” she says.

“I wouldn’t want financial barriers to prevent anyone from getting this information. That's why all the basic information to my network, no matter how big it gets, will always be free. The premium version is just more things, but the bulk of things are still free.”

When it comes to the future of In the Cut, Rae already has a few ideas of where she wants to go. She’s hoping to add pre-recorded courses, bring back live events (when and if COVID is through), and start a monthly digital networking event. “I want to figure out a monthly networking Zoom chat or something,” she says. “I really want to see how we can replicate the feeling and intimacy of a live networking event to an online one.”

And though her online community is only a few months old, Rae is already seeing how In the Cut can play a role in helping Black creatives and other marginalized communities break into the entertainment industry. Especially as that industry struggles to address issues of diversity and inclusion—both in and out of the writer’s room.