Featured in this Story of Awesome: Institute Embodied Living

The Institute for EMBODIED Living is a paid membership that helps women navigate and embody self-love, healing, wholeness, and liberation.

The Spark: After years of offering two kinds of content—either free, or priced at thousands of dollars—Elizabeth found herself eager to build something that was both high value and accessible.

Elizabeth’s Mighty Moment: “Femininity, other people can define all they want. But womanhood, we’re going to take that back.”

For as long as she can remember, Elizabeth DiAlto has been interested in the difference between womanhood and femininity. “Growing up, I was a tomboy,” she says. “But my body was ‘hyper-feminine.’ And a lot of my work has been born out of me saying, ‘Let me reclaim and redefine what womanhood means to me.”

“Other people can define femininity all they want. But womanhood? We’re going to take that back.”

Her curiosity around that contrast is what brought Elizabeth to her own take on the embodiment space. More than anything, she wanted to offer women the space to self-embody love, healing, wholeness, and liberation.

“My work is for women because I’m a woman. Their experiences and my experiences are one and the same, and we’re all working towards coming to love, accept, trust, and appreciate our bodies. I am so passionate about that.”

About seven years ago, Elizabeth took it a step further, developing a movement practice that she called Wild Soul Movement. She was energized by the idea of getting women out of their heads and into their bodies. “It’s a healing modality,” she says. ”It’s less of a workout and more of a work in.”

That being said, she didn’t exactly make it easy. “I can’t tell you how hard I made it for people to take Wild Soul Movement classes,” she says. “They had to join a 12-week or a year-long program. Or come to a live weekend workshop. Or come to a retreat in frigging Costa Rica.”

She built out some free content, including both sporadic pre-recorded Wild Soul Movement classes, and her podcast, The Embodiment Podcast. But what Elizabeth really wanted was to offer something that was both high-value and more accessible than her higher-level offerings—whether it was her far-reaching Wild Soul Movement classes or the yearly program she had been running that cost upwards of $1,000.

“Accessibility and equitable pricing are also really important to me,” she says. “Over the last several years, I’ve been thinking about ways to decolonize my marketing and focus on using non-oppressive, non-manipulative marketing tactics.”

Longing for a solution that would let her put all of her content in one place, Elizabeth shopped around. She tested running a course on Kajabi. A community on Facebook Groups. A couple of membership options. But nothing quite clicked.

“Part of my healing and embodiment work is energy work. And one of the big things I wanted was to have a container without all the other energetics and distractions.”

By the end of 2019, she had had enough. “I was gearing up to run a year-long program that I’d been running for a while. And I decided, ‘I don’t want to do this anymore.’” 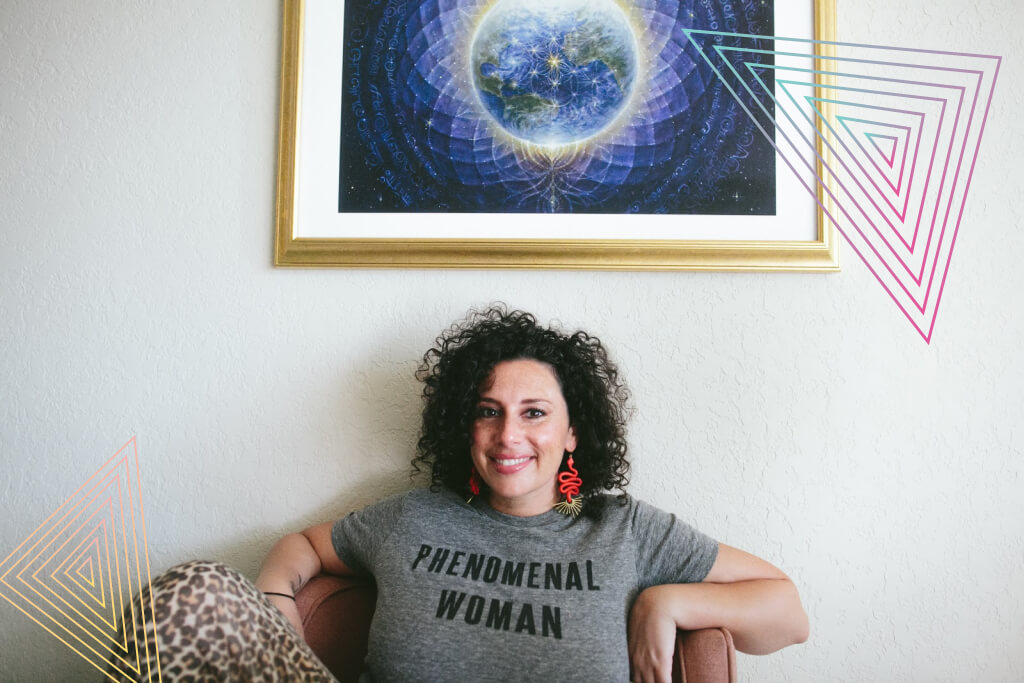 From that point on, Elizabeth was driven by one goal: To find a way to help women explore and implement self-embodiment without the confines of a constraining program.

She also wanted to make sure that she was authentically getting those women closer to their goals.

“So many people are grazing from all these different places, and not actually getting results. They’re deluding themselves that they’re doing the work, they’re healing, they’re growing. But really, they’re just consuming. ”

Soon after, she found Mighty Networks, a place where she could put all of her offerings—years worth of courses, webinars, podcasts, and more—under one roof. “It was a coming together of a few different desires for my work, my community, and my own expression of the tools and practices I’ve been developing over the years,” she says.

Once she discovered Mighty, Elizabeth wasted no time. She quickly worked out the details, opening her membership up in beta. For those first few months, she experimented with her offerings, tweaking, and changing things as she went.

“What I originally thought I would teach my members, compared to what I’m doing now, it was a pretty big journey,” she says. “It’s become a Cave of Wonders.” 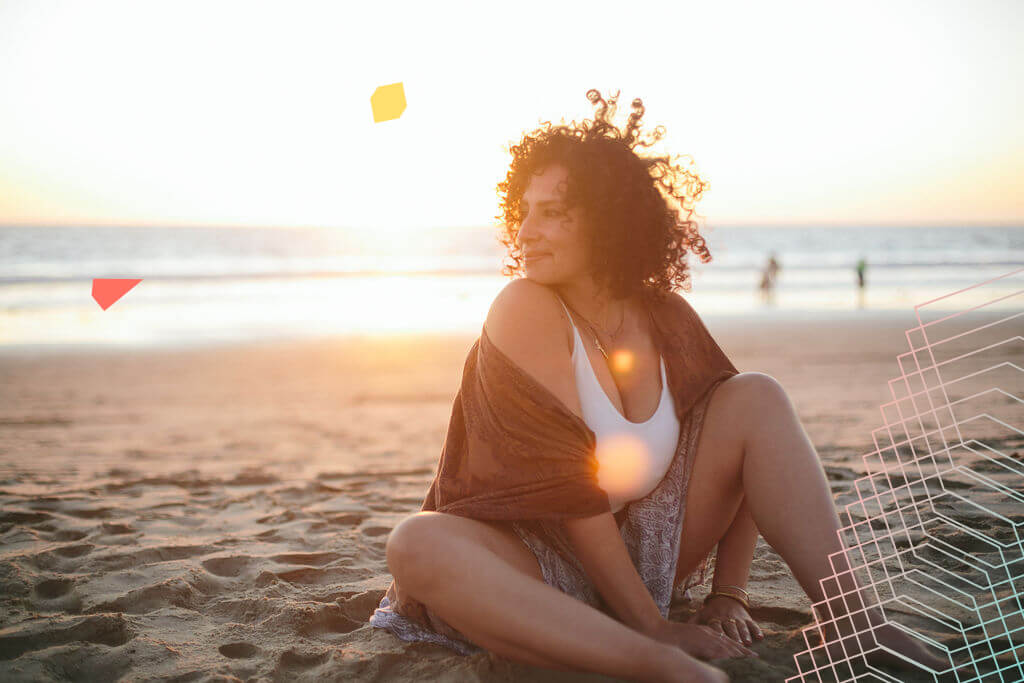 “A Cave of Wonders for all your healing needs”

Today, Elizabeth’s Mighty Network, The Institute for EMBODIED Living, is home to over 210 members and growing. And so far, she’s found it wildly gratifying.

“It's very much like the Mary Poppins' bag meets Cave of Wonders basically for all of your healing needs. And it's been very fulfilling for me to be able to use all my gifts, teach all the things, flex different muscles, have a variety of things.”

The Institute serves as a larger community space where all members can connect and chat. Within, Elizabeth offers access to The EMBODIED Living Center, a premium group priced at $44.99 per month that serves as a membership. 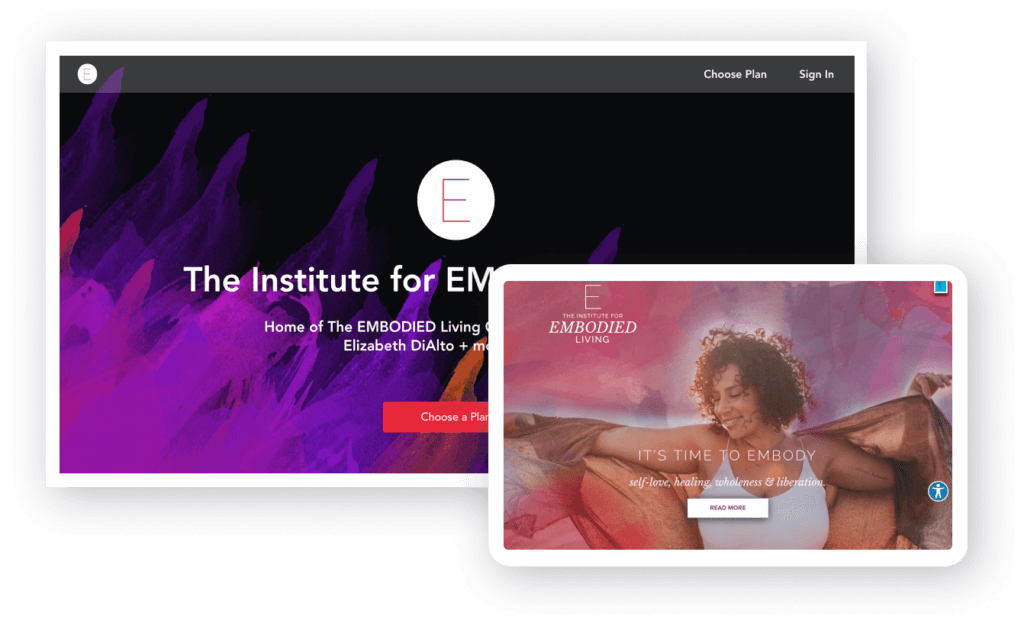 So far so good: Elizabeth’s tribe loves their new dedicated space and the treasure within. As far as spirituality spaces go, let’s just say The Institute for EMBODIED Living hits different.

“A lot of healing spaces are ungrounded. A lot of them are run by people who want to be gurus. I’m like, ‘I am not your guru. Get me off the pedestal. I’m still doing my own work, so let’s be on this journey together.” 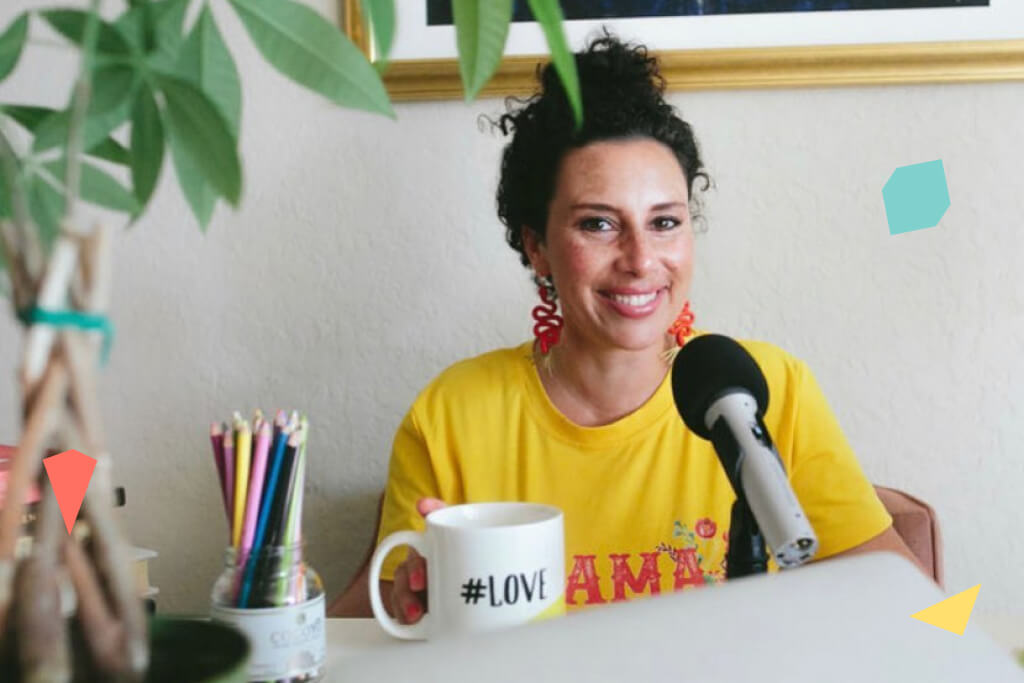 Going forward, Elizabeth hopes to continue growing her community… but not too much. “I’m really feeling, eventually, I’d love to have somewhere between 1,000 and 1,500 members,” she says. “Based on my experience, anything bigger than that, the experience is different. It’s an energetic burden. So I’m in no rush. I’m allowing it to grow organically.”

Beyond that, Elizabeth has an even grander goal. As her membership grows and builds, and she guides more women through the process of integrated healing, she wants them to give as good as they get.

“These women are learning when to take up space, when to not take up space. What to say, what not to say. How to hold their own stuff, and not put their stuff on everyone else all the time. If we could do that in here, it can be taken out into their own lives, rippling that out. That’s my bigger dream: Collective healing and liberation.”