Featured in this Story of Awesome: Outwild Hub

The Outwild Hub is a free community with a paid membership and event series for people who want to make the outdoors a bigger part of their lives.

The Spark: After realizing the importance of the outdoors in her own life, Courtney partnered with her life coach best friend and an entrepreneur community builder to help people discover more value-driven outdoor lifestyles.

Courtney’s Mighty Moment: “Being surrounded by a supportive group of people can be the catalyst you need to make shifts in your life, both big or small. And those shifts are going to make a really big difference long term.”

It took Courtney Sanford moving to Seattle after college to start really appreciating the outdoors. But it turned out that Seattle wasn’t exactly the best place for her to do that. And before long, Courtney found herself packing up her Subaru and hitting the road.

As she traveled across the country, she had a huge “a-ha!” moment: “I started to realize the power of dabbling, and in trying a bunch of different things,” she says. “And also the importance of taking a pause and reflecting on what’s working and what’s not working.”

Eventually, the stars aligned: During an episode of the Adventurepreneur podcast, host Jeremy Jensen and Courtney’s best friend, life coach Sanni McCandless, talked about Sanni’s practice and her observation that while many people wanted to spend more time outside, they weren’t sure how to do it.

“They started talking about having a retreat,” Courtney says. “And eventually, the three of us came together with the idea of creating a three-day weekend that allows people to build a life that feels value-driven and also incorporates a lot of time outside.”

For two years, Outwild thrived—until, of course, the COVID-19 pandemic began. To keep their business viable, Courtney, Sanni, and Jeremy decided to take Outwild online. Within months, the Outwild Hub was born.

Today, members can join the Outwild Hub community for free. They can also register for a membership, priced at $150 a year, that includes access to monthly speaker and workshop series, early registration for in-person events, and more. 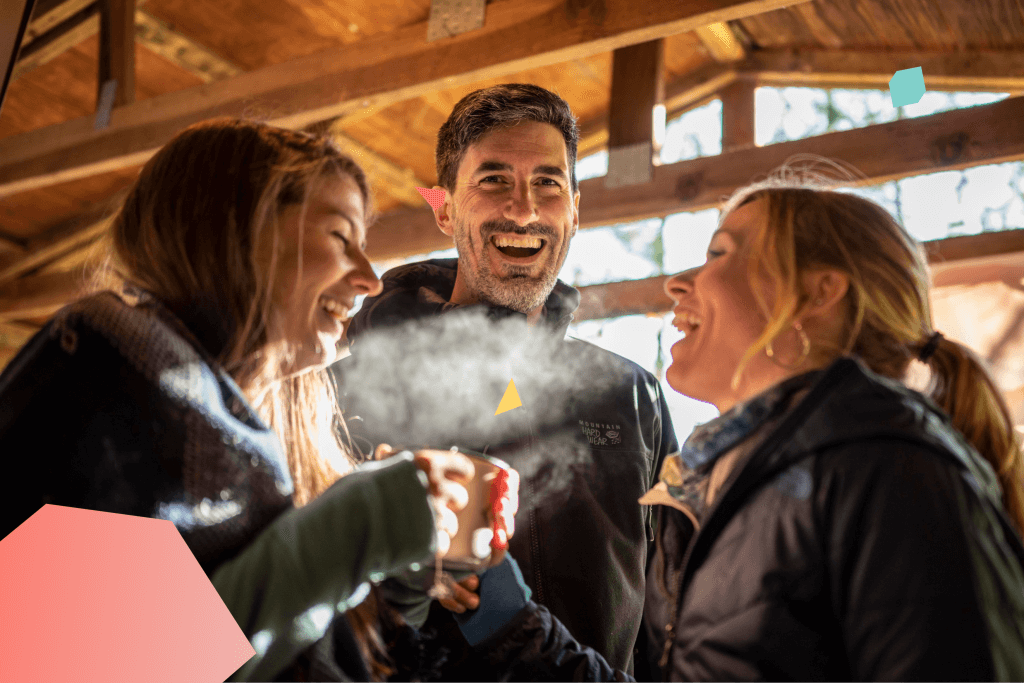 Outwild is super about being outdoorsy. How did you end up building a digital space?

We all sort of viewed 2020 as being the year. It would have been our third year of doing events, and we were really excited to just dig deeper into this community we had built. And then, a week before our first offering of 2020, the world shut down.

We were definitely one of the many event companies that were like, “Okay, what do we do now?” It was certainly stressful and devastating in many ways, but it ended up opening up many other opportunities for us.

“[The pandemic] was stressful and devastating in many ways, but it ended up opening up many other opportunities for us.”

During the first three months of the pandemic, we did an Outwild from home version where three times a week we did Zoom workshops, keynotes and workouts for people that were interested in more outdoor and value-driven lifestyles. And then based on the feedback we were getting, we decided to make online events more of our long-term business strategy. And we decided that we needed to build out a community component for it too.

Who are the people who have joined you in your new space? What is their relationship to the outdoors?

When we were starting Outwild, something that my co-founders—Sanni McCandless and Jeremy Jensen—and I heard over and over again was, “I want to take these steps. I want to make big shifts in my lifestyle. But I don’t know how to do it.”

And so our community is very much for people who want to make the outdoors a bigger part of their lives. They want to find friends to do it with. We’ve seen a lot of people, especially since the pandemic happened, pop into our regional Groups and be like, “I’ve just moved here, it’s really hard to make friends during a pandemic, let’s go hiking!”

I think for a lot of people, being surrounded by a supportive group of people can be the catalyst you need to make shifts in your life, both big or small. And those shifts are going to make a really big difference long term. 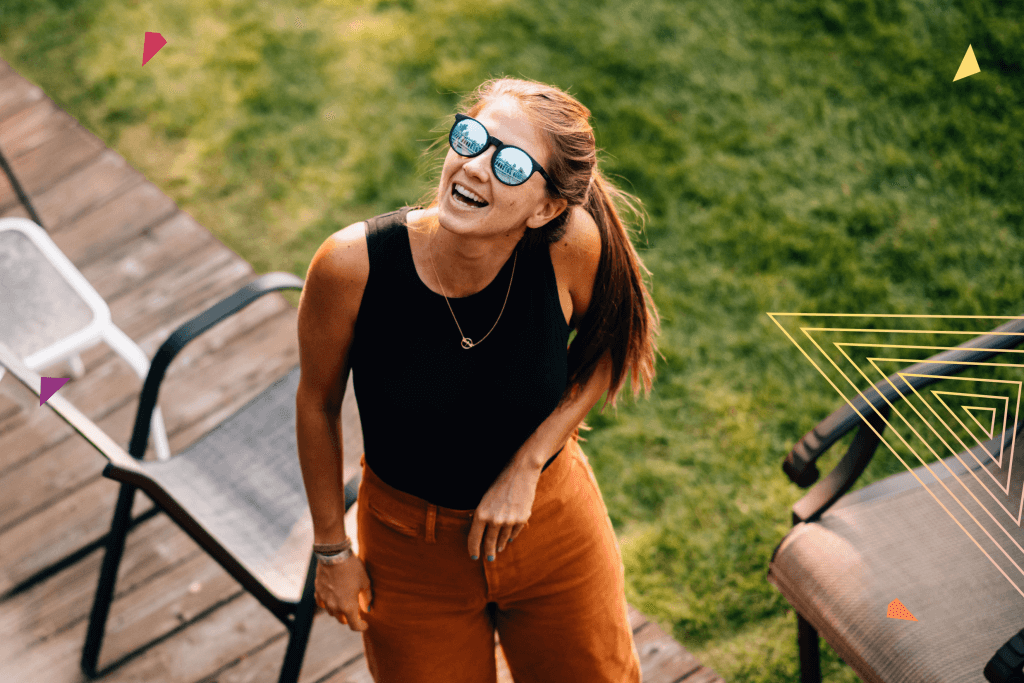 I definitely still believe that there’s a huge value in meeting in person. And I think that’s something we all miss right now. So when we first started Outwild, we were like, “How can you connect really deeply with people in an online setting?”

“By creating these spaces online, we’ve given ourselves the opportunity to reach more people.”

But by creating these spaces online, we’ve given ourselves the opportunity to reach more people and to have folks attend Outwild who wouldn’t normally be able to. We’ve had people engage in our online events from Australia and South Africa and Europe. And so it’s really given us this wide range of community.

What does a day in the life look like for you as a Host of your Mighty Network? How often are you checking in on your community each day?

Right now, the three of us—Sanni, Jeremy, and myself—are managing the community. I probably check in two to three times a day. When we first launched, I was like, “It’s on us to make sure everyone’s responded to.” I feel like I logged in 50 times a day being like, “Oh my gosh, no one’s responding!” But then if you waited an hour, someone would respond. So I realized pretty quickly that we didn’t have to take such a strong hand in the building of community, because ultimately if it works, people will be engaging with each other without our help. 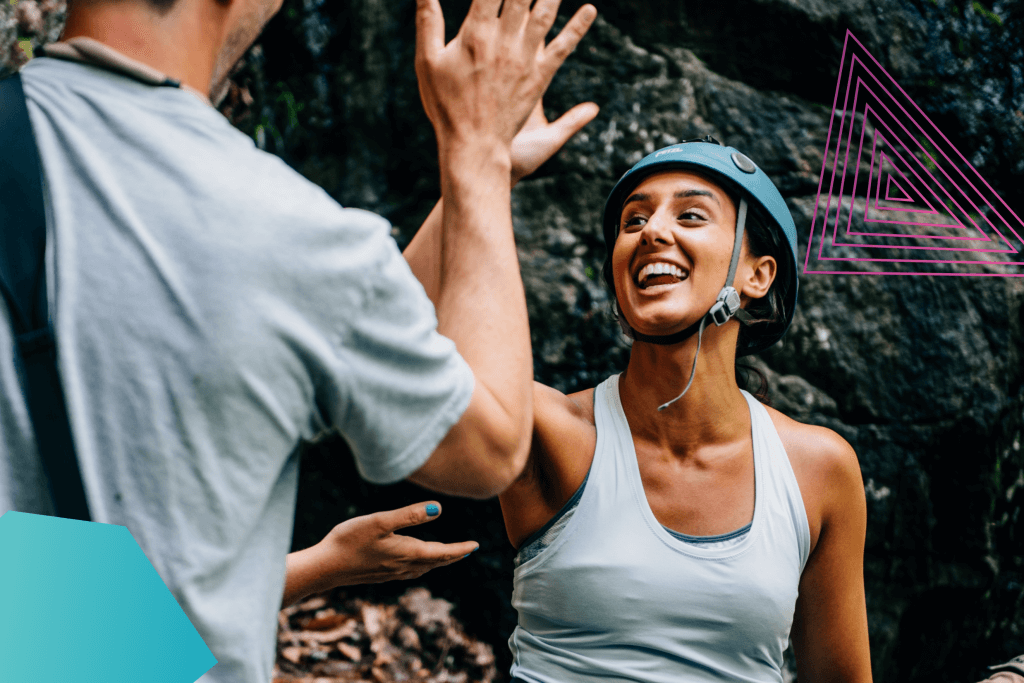 It’s been surprising to see how willing people are to engage in a vulnerable and authentic way, and even get together. We just had someone who emailed us and was like, “I just met up with someone I met through the Hub. And we went on a hike and it was really great to make a new friend.” We had another couple of people who summited a mountain together in California. So it’s been really fun to see those online connections pave ways for connections in real life. I think that was always the goal.

“It's been really fun to see those online connections pave ways for connections in real life.”

And then, also just the ways in which people feel very supported and willing to open up in this space. The internet can be a dark, scary place where you just get a lot of hate. And so it’s been just surprising to see how wonderful everybody in there has been.

What’s next for Outwild and the Hub?

Now that we have the Hub, we have this great opportunity to connect with people before they come to an in-person Outwild event. Because sometimes three days feels like an eternity. But it also feels like a very short period of time to get to know people. So it’ll be interesting to explore some creative ways that we can engage the community before coming Outwild by using Mighty Networks, and having the space for people to gather.

And then I think the other thing that will be really fun once COVID settles down is starting in-person community meetups. We’ve talked forever about doing them, and have never actually done them for a variety of reasons. But now that we have this online community, we know where our hubs are and where there are the most people. So I’m really excited to be able to see how we can bring more people together in person, using the communities that are formed in this online space. And I think that’ll be really fun too, moving forward.