Featured in this Story of Awesome: Sktchy Art School

Sktchy Art School is a free community for portrait artists looking to learn new skills, share their art, and get feedback on works in progress.

The Spark: Once a series of community-centered art projects became a hit, Jordan Melnick started looking for ways to expand his reach and go global.

Jordan’s Mighty Moment: “When we started this in Miami, the vibe was so special and inspiring. And what we’re doing now, it’s the same feeling. I didn’t expect to be working on this 10 years later, but it’s really changed my life.”

Picture it: Miami, 2010s. Jordan Melnick was working for an arts and culture blog, covering the Magic City from a hyper-local perspective. But when he wasn’t writing, he was connecting with his readership through a variety of community events.

“We had a reputation for pulling off fun projects. We covered Nirvana’s ‘Nevermind’ album, but just with local bands. We did a bike scavenger hunt throughout the city multiple times. And we would host this event, Sktchy Miami, where we would have all these art supplies and invite people to come and draw each other.”

The latter is what really drew people. Way more than he expected.

“The first one we did, we thought about 50 people would come. And I remember thinking, ‘That’ll be a good number. I can’t be embarrassed by that.’ And it ended up being 500 or 600 people total. It was such great energy.”

Sktchy Miami kept growing, all the while attracting a diversity of both artists and regular people. Some attendees were professionals. Others were just curious. And as the event continued to expand, Jordan thought about how he could create something with even more impact.

“It kept getting bigger and bigger. So we decided to take it to a national and eventually, a global audience. So we renamed it Sktchy and we took it online.”

Taking it to the next level

Jordan retired the blog from which Sktchy was born and shifted his focus to building an iPhone app for his new venture. In that moment, he saw Sktchy as a kind of Instagram, specifically created for portrait artists.

“This was in Instagram’s heyday. And it seemed like that was the thing to do, right? Because anything could be the next Instagram.”

The premise was simple: People who joined would be able to share both their own art and their own photos, too. That way, everyone would be creating portraits inspired by photos submitted by their fellow members. And one shared photo could inspire 10 or 10,000 different portraits.

Sktchy’s iOS app grew, but not to the extent that Jordan had hoped for. “We did grow. We got up to tens of thousands of artists, we just didn’t get up to hundreds of millions of users.”

Still, the Sktchy app managed to grow a passionate following.

“We didn’t become the Instagram of the art world. But we were able to build this core community of artists around the world. And for those people, Sktchy became a very fundamental part of their creative process.”

Jordan kept the app in rotation but also started to explore new models for Sktchy. Some didn’t pan out. Others didn’t feel quite right. But with a bit of reframing, Jordan was able to shine a new light on Sktchy. 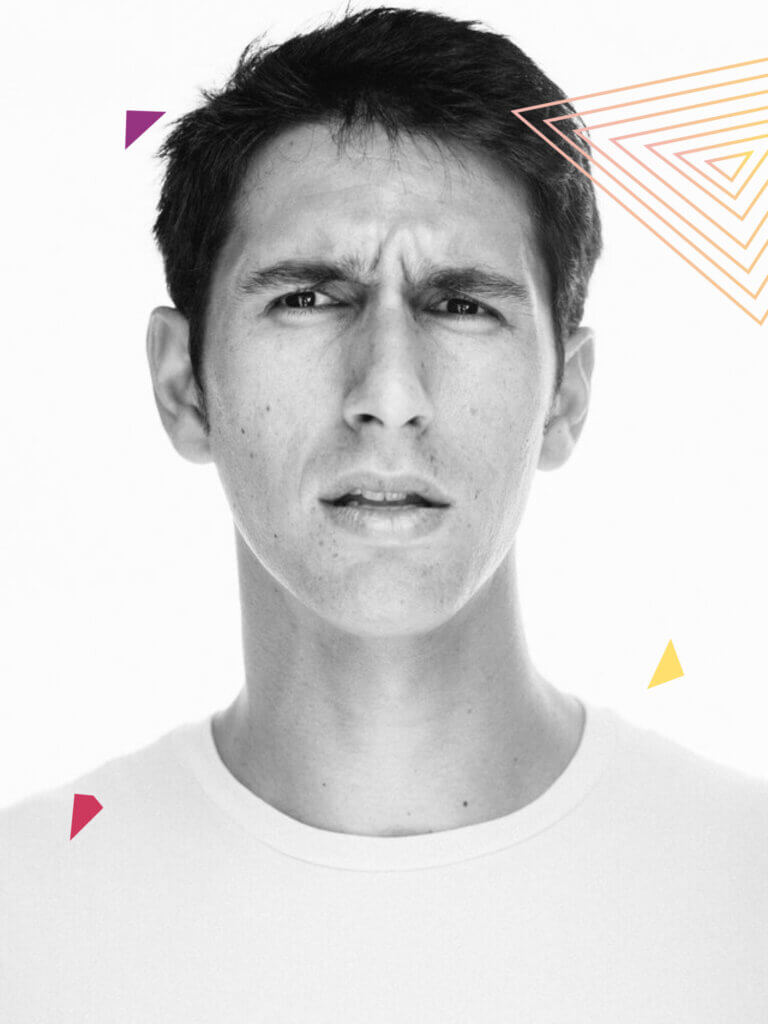 “Eventually, the idea of a school felt like the right step. Especially because within our community, we had certain artists who would get tens of thousands of followers, artists that were just really good. So we thought, ‘Let’s partner with them to help them share their knowledge with the other people in the community.”

At first, Jordan and his team hosted courses via Sktchy’s WordPress site, utilizing static pages to share lessons. But the courses lacked both structure and, even more importantly, a community component, something that Jordan knew had been Sktchy’s biggest strength:

He also already knew where to look. “We value what our community tells us they value. And Mighty Networks looked like a place where we could foster a community where people could learn alongside each other and build those relationships.”

Today, Sktchy Art School is home to over 18,700 members. While the community is free to join, members also have the option to pay for access to Sktchy’s vast library of course content.

In addition to a no-cost introductory course, the majority of Sktchy’s courses are priced at $30, and for a good reason: Jordan’s focus is to keep Sktchy Art School affordable for whoever wants to join. “Our focus has always been on inclusivity and accessibility. And our goal is to always listen to our community, be generous with the community, make things affordable, and try to make things free when it makes sense.” 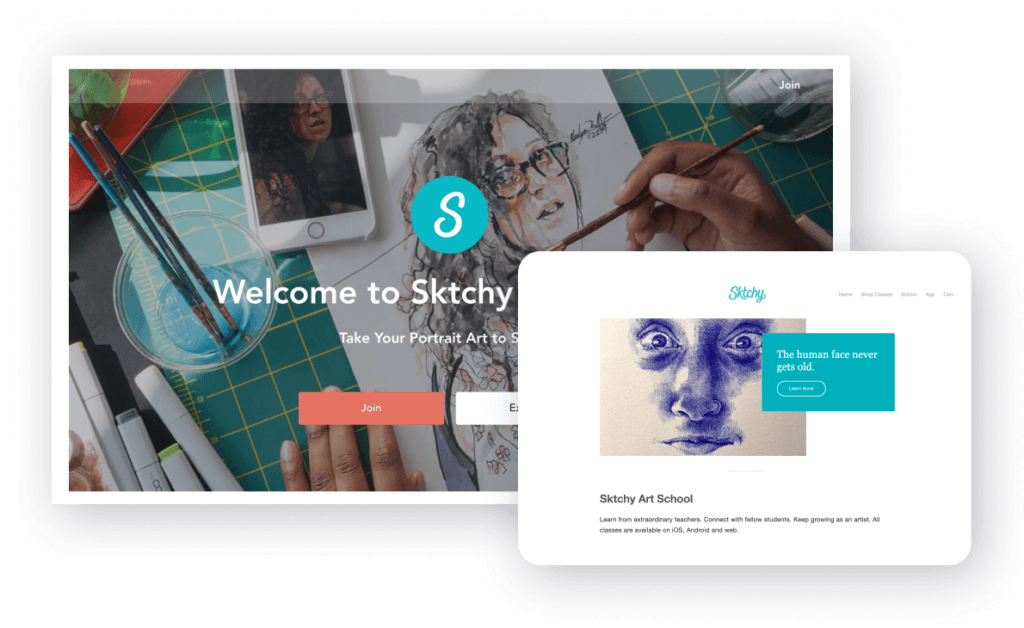 Courses are taught by artists with a variety of different styles—from an organic artist who makes his own inks out of beets and avocados, to a painter with a loose, comic book aesthetic—so members can choose what approach feels best for them, no matter where they’re starting from.

Because of that, Sktchy has become a real safe space for a lot of its artists. Even more so at the start of the pandemic. “When people started locking down in April, a lot of members came in very hungry for creative expression and a sense of community. And Sktchy fit that to a tee.

There have been plenty of twists and turns along the way, but Jordan feels like Sktchy is finally in the place it needs to be.

“When we started this in Miami, the vibe was so special and inspiring. And what we’re doing now, it’s the same feeling. I didn’t expect to be working on this 10 years later, but it’s really changed my life.”

“We value our community in the deepest sense, and we follow them where they take us. That’s what took us from an app that had one angle to finally hitting on what made sense for us, which is the art school. And thanks to that sense of community, things finally feel very clicked into place.”