Featured in this Story of Awesome: Indie Birth Association

Indie Birth Association is a community bringing together doulas, midwives, and pregnant and birthing women with resources and support around autonomous birth.

The Spark: Feeling restricted by the constraints and censorship of social media, Margo and co-Host Maryn started looking for a platform where they could celebrate birthing on their own terms.

Margo’s Mighty Moment: “Since we’ve moved everything over, we’ve definitely seen that people are more engaged: they leave comments on the lessons, they ask questions immediately after, and they’re talking to each other—not just to us.”

Margo Blackstone confesses that she wasn’t always interested in midwifery. “I didn’t even know what it was at first,” she admits.

But in a way, her path to becoming a midwife was a natural progression. Dealing with personal health issues had sparked an interest in alternative health and complementary medicine. That opened up a path for Margo to delve into herbalism, then homeopathy.

Empowering birthing women on and offline

Within a few weeks, an acquaintance connected Margo with midwife Maryn Green. Almost immediately, Margo started apprenticing with Maryn, diving headfirst into the world of birthing. “It can be really hard to find someone to train you in the midwifery world,” Margo says. “But I got really lucky.”

Once Margo’s five-year apprenticeship was complete, she and Maryn worked together to launch their first collaborative product: a five-week-long childbirth education course. They released it as part of a project Maryn had been working on, Indie Birth.

Empowered by the course, and the women they were helping, Margo and Maryn started expanding their offerings. Soon enough, Maryn had started a podcast, Taking Back Birth, to offer birth education to their growing number of empowered followers.

Before long, the pair’s online work started attracting more and more attention. “We started building our community around the podcast and the course, and we just grew exponentially,” Margo says.

From there, Margo and Maryn added a couple more podcasts and courses under the Indie Birth umbrella, with the intention of educating their followers around autonomous birth —the concept of empowering women to make their own decisions around childbirth.

As their audience continued to grow, Margo and Maryn started searching for a dedicated home for their followers. They started building up their numbers on platforms like Instagram and Facebook, using the latter to host in-person events before the days of COVID. “It was all happening,” Margo says. “We did conferences, and brought our online community together in person, and it was really cool. It was kind of the ultimate dream.”

But soon, both Margo and Maryn felt themselves becoming increasingly unenchanted with social media. On the one hand, Instagram wasn’t feeling as valuable as Margo hoped. “We have closer to 20,000 followers on Instagram,” she says. “And we found ourselves wondering, ‘What does that mean, though?’ Our business doesn’t feel any different.”

On the other hand, Facebook was becoming more and more stifling. Women in the group who shared photos and videos of their births were increasingly becoming reported or otherwise reprimanded, both by Facebook itself and by the group’s members.

“Posts would just disappear because they violated the nudity rules. And we thought, ‘It would be really great to figure out a place where our community can express themselves, share photos, share stories, and feel more connected to each other without worrying about the algorithm.”

The pair decided to look for a platform where they could continue to educate their members with additional courses and webinars, and offer them a space to share their very real, very raw experiences with childbirth. Thankfully, before long, they found Mighty Networks. And for Margo, that was the moment when everything clicked. “It finally felt like, ‘Oh this is a place where we can merge those things together in a way that we haven’t been able to do anywhere else.’” 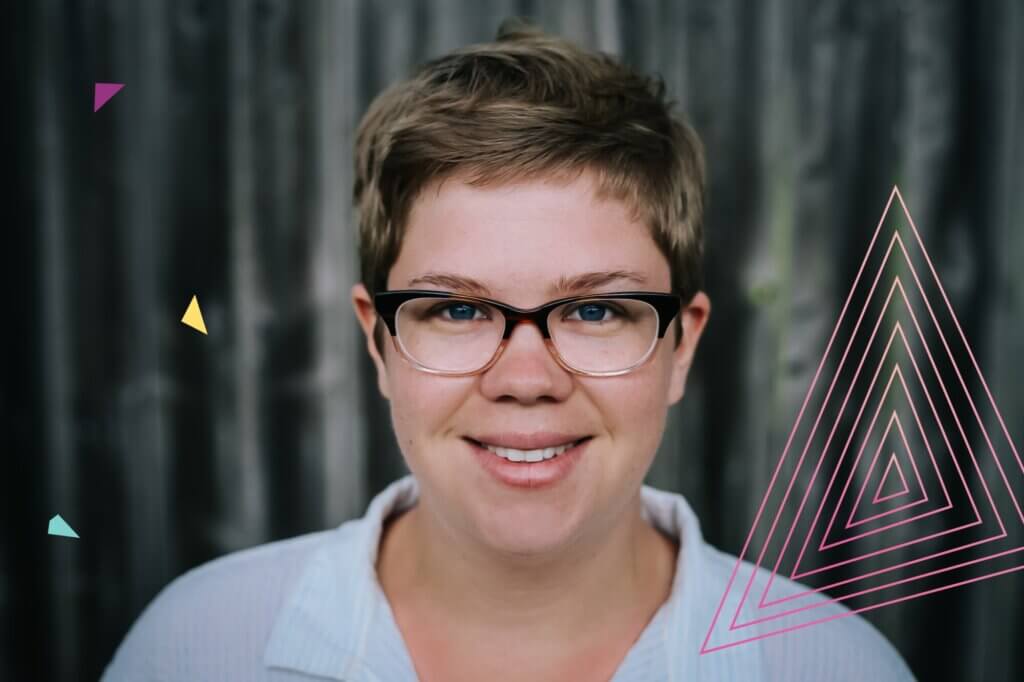 Exploring autonomous birth from both sides

Today, Indie Birth Association is home to over 3,200 members. The community welcomes pregnant women, midwives, doulas, and people who are otherwise interested in exploring autonomous birth.

“We started out thinking that our members would only be pregnant women. And then it became clear that people who weren’t trained as doulas or midwives wanted to learn from us, too.”

The overall community is private and free to join. But once inside, members can peruse a variety of both free and paid content. That includes Groups—like the free Indie Birth Pregnancy Circle for pregnant women, and the Wise Woman Circle, where birth workers can share and collaborate—and Courses—like Doula Dreams, a mini-course for prospective doulas, and Reclaiming Joyful Pregnancy, a seven-day mini-course that addresses pregnancy blues. 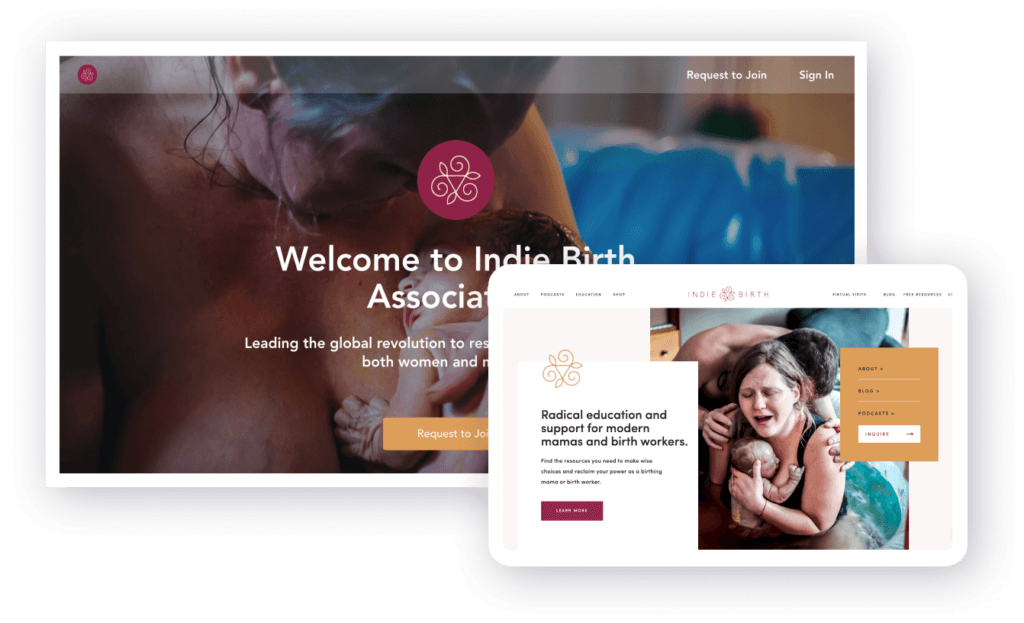 So far, the community’s courses have been their biggest asset: not just for the women behind Indie Birth Association, but for their members, too. “It’s been really great to have everything here on one platform,” Margo says.

“Since we’ve moved everything over, we’ve definitely seen that people are more engaged: they leave comments on the lessons, they ask questions immediately after, and they’re talking to each other—not just to us.”

Indie Birth Association may be on the up and up, but Margo still finds herself surprised at just how far she and Maryn have gone. “I know it’s a valuable thing,” she says. “And I’m excited about it. But I’m always surprised that people are willing to go the extra mile to be a part of our community. It’s a good feeling.”

In the coming months, she and Maryn hope to keep expanding their community and refocus Indie Birth’s efforts away from social media and into their dedicated space on their own platform.  “We want to tell people, ‘If you want the goods, you have to come inside of our community,” Margo says. “So that’s something I’m excited about: Getting mostly off of the other platforms.”

For now though, they’re both looking forward to taking their community to new heights. “Moving over to this platform has sparked so much more creativity in us,” she says. “And we’re grateful to have had thousands of members coming our way.”