Featured in this Story of Awesome: Liberated Being

Liberated Being is a paid somatic meditation and movement community that brings together embodiment practitioners with guided meditations, guest teachers, and more.

The Spark: With a couple of successful podcasts under her belt, Brooke started brainstorming ways to offer more intimate support to her followers.

Brooke’s Mighty Moment: “One of the core values of this community is that we’re not promoting the finish line. Nobody has it all figured out. We’re all just people going through our own experiences.”

Today, Brooke Thomas works in the intersection of the physical and the spiritual. But at the beginning of her journey, she was only concerned with the former, trying her best to find ways to heal from the chronic pain she grew up with.

Back then, Brooke searched for ways to mend herself. And along the way, she unintentionally embarked on a sort of spiritual journey.

“I never expected that I’d be the kind of person who would consider herself on a spiritual path. I’ve always been a little suspicious of the word ‘spiritual.’”

She started with Rolfing, a kind of holistic version of physical therapy. Then, she started exploring somatic therapy and sensation-based meditation. As she got more serious about each of those practices, she took an even more personal approach, offering Rolfing, Realization Process, and embodied coaching through a private practice.

In 2014, Brooke took it a step further. She kicked off a podcast, Liberated Body, both to share her own knowledge and to have a platform where she could talk to somatic thought leaders. “It ran for about three years, and it was really about the ways that we can make our bodies function better.”

The podcast expanded her network. She met, spoke with, and learned from a greater variety of people, from surgeons and researchers to yoga teachers and fitness professionals. And each of them wanted to answer the question, “What is a body?”

The query didn’t just surprise her. But it did shift her mindset. “It was a question I had never really thought to ask. I had been in practice for so many years at that point, but it really changed me.” 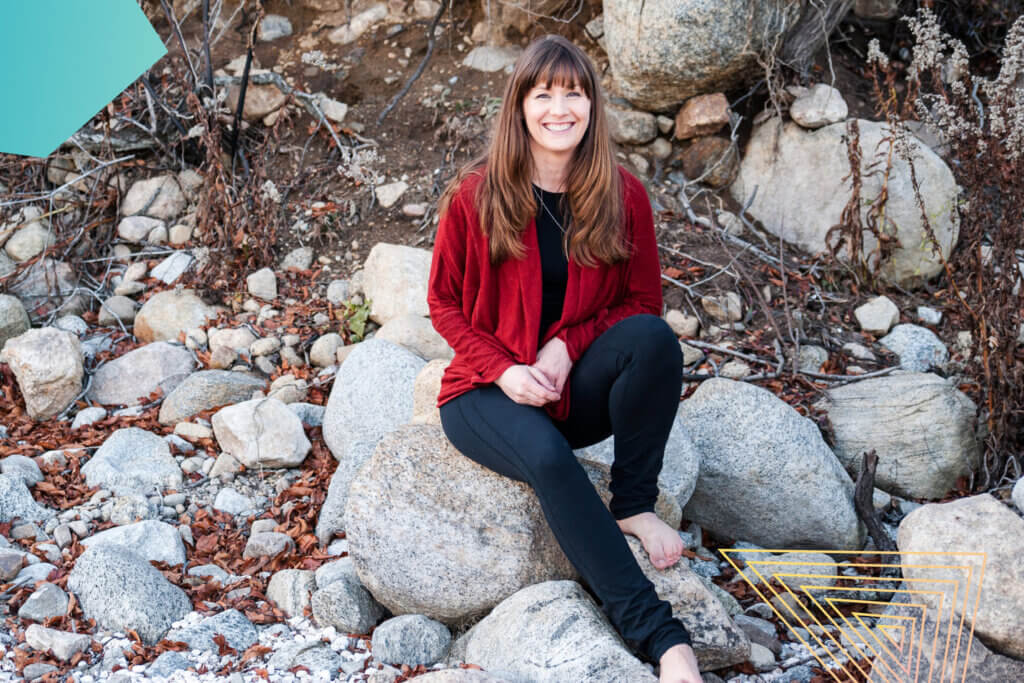 To learn more about the space where one’s body and one’s spirituality coincide, Brooke did a couple of things. First, she dove headfirst into the practice of embodiment, applying mindfulness and movement practices to come to a deeper body awareness.

She also started having frank discussions with a friend, Vanessa Scotto, who worked as a spiritual psychotherapist.

“We were having all of these personal conversations about body and spirit. And we were asking ourselves, ‘What is this thing we’re doing here as human beings? How do we meet the obstacles that life presents to us?”

Eventually, Brooke and Vanessa took their conversations to a wider audience with a new podcast, Bliss & Grit. “It started as a passion project between friends,” Brooke says. “We were having these conversations in private, and we just thought, ‘What if we have them in public’?”

With the podcast, Brooke’s audience widened. She found more spiritual skeptics—people who were on a spiritual path, but just as suspicious as she was about the word itself. She also found people who were as interested as she was in the intersection of body and spirituality, and the work of healing both facets.

As Bliss & Grit’s growing following got in touch, Brooke noticed a trend.

“People who are listening in are writing in and saying, ‘I’m changing just from listening to the conversations that you and Vanessa are having.’ But a lot of them are also saying, ‘I’ve been feeling really lonely, and it’s heartening to hear you guys talking about this and to know that I’m not alone.”

With that, Brooke started looking for ways to provide support for her followers in a more intimate setting. And while Vanessa was very interested in in-person retreats, Brooke was wary of doing anything too demanding. “I’m a single mom,” she says. “My son is 13. And the years feel like they’re going really fast. So I wanted to find a way to provide that level of support without being on the road all the time.”

Brooke and Vanessa decided to keep their podcast as a passion project, allowing each of them to follow their dreams outside of their weekly recording sessions.

Meanwhile, Brooke played with the idea of building an in-person community where she could focus on connecting people who were engaged in the same kinds of embodiment practices. That way, she could help more people than she ever would be able to one-on-one. “I realized there’s a space between super high intimacy one-on-one coaching and kind of throwing a podcast episode over the fence,” she says.

She also saw creating a community as a way to highlight the work that other people were doing in the embodiment space. “I knew I was also interested in shining spotlights on people who I think are doing amazing things and can be really articulate about it. I just thought, ‘I have all these wonderful mentors, and I just want everyone to be connected.’

All of Brooke’s ideas around connection and embodiment practices have now been channeled into one space: a community she’s named Liberated Being. “This community was just the perfect fit for me,” she notes. “I’ve been able to deliver an intimate space for people who care about my work, and they’re able to really build connections with each other.” 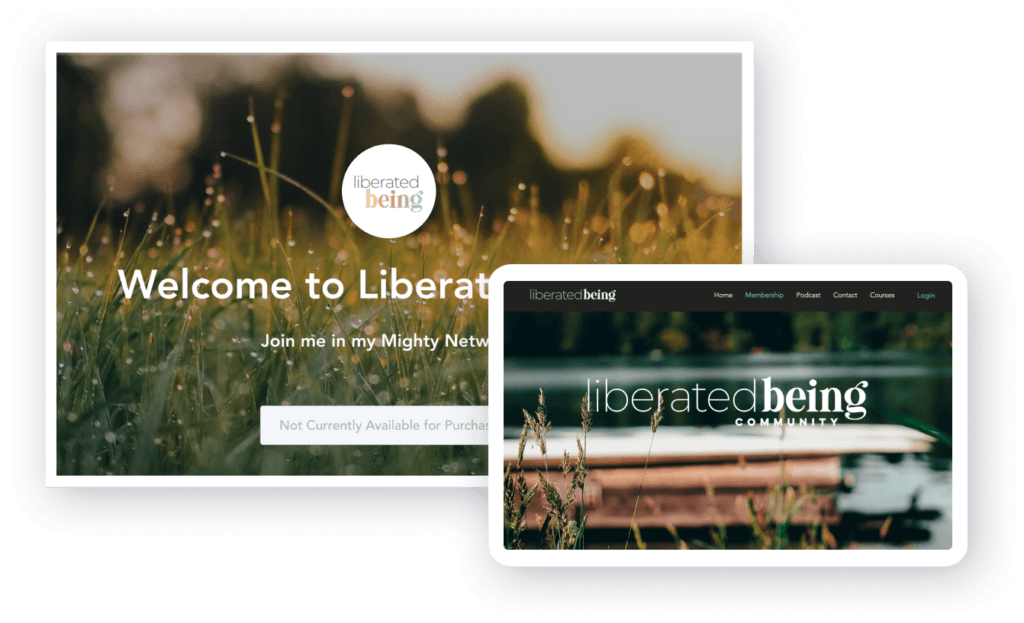 Brooke says she settled on that price point because she wanted to prioritize accessibility. Especially because many of her members work in therapy fields where they’re not making tons and tons of money.

“I didn’t want it to be another big line item for people. Especially because it’s not a class that’s one and done. This is more like an ongoing flowing stream that you can dip into and know that it’s always there.”

To keep things manageable, Brooke also utilizes enrollment periods, which she opens four times a year. It helps the membership maintain what she calls a “cocoon-like” feel: “I didn’t want people to feel like new people were constantly entering and trying to find their way around. Because it’s not a typical social network. It’s a space for collective healing.”

Even though Liberated Being has only been open since February of this year, Brooke’s membership is already home to nearly 200 members. And it’s been especially helpful during the pandemic, both for her and for each of her followers. “I had been wanting to have the opportunity to focus on my online business instead of client-based work,” she says. “And now, that means my followers can get the support they need in real-time and talk about how this global pandemic is affecting them personally.”

And while Brooke is taking her time, she’s already begun thinking ahead about how to take her membership to new heights. In the new year, she’ll be bringing on more teachers. And beyond that, she’s hoping to start offering digital retreats, too.

No matter the path ahead, one thing is for sure: Both Brooke and Liberated Being are in it for the long haul.

“One of the core values of this community is that we’re not promoting the finish line. Nobody has it all figured out. And for everyone—including me—it’s an ongoing learning process. We’re all just people going through our own experiences.”