Featured in this Story of Awesome: The Guild

The GUILD is a paid membership where women entrepreneurs and leaders can connect, network, and further advance their personal and professional development.

The Spark: With a series of successful in-person events under her belt, Anne started thinking about how she could keep people connected before and after those live gatherings.

Anne’s Mighty Moment: “Our big mission is to change the odds for female entrepreneurs. And a big part of that is educating them, but also educating the investors and trying to get all the bias out of their system.”

{"type":"element","tagName":"pre","properties":{},"children":[{"type":"element","tagName":"code","properties":{},"children":[{"type":"text","value":"Four years ago, Anne Cocquyt was doing double duty: toiling away at a corporate gig in digital health innovation and organizing a ladies club where women could network, event, and attend workshops.\n"}]}]}

But she knew there was room to do much, much more. “I just felt like there really needed to be an actual community space for female entrepreneurs,” she says. “Something that would support the women who wanted to build things and put awesome companies out there.”

Making the most of her connections in her home of San Francisco, she started building The GUILD. Her bread and butter was in-person events, and along the way, she built a core community of women entrepreneurs.

But while those events themselves had a genuine, palpable energy, Anne struggled to keep that momentum going afterward.

“We would come together, and somehow there was so much great energy. Then, poof! It went away once the event was over. So I thought, ‘How can we capture that energy, and also keep connecting people to each other?’” 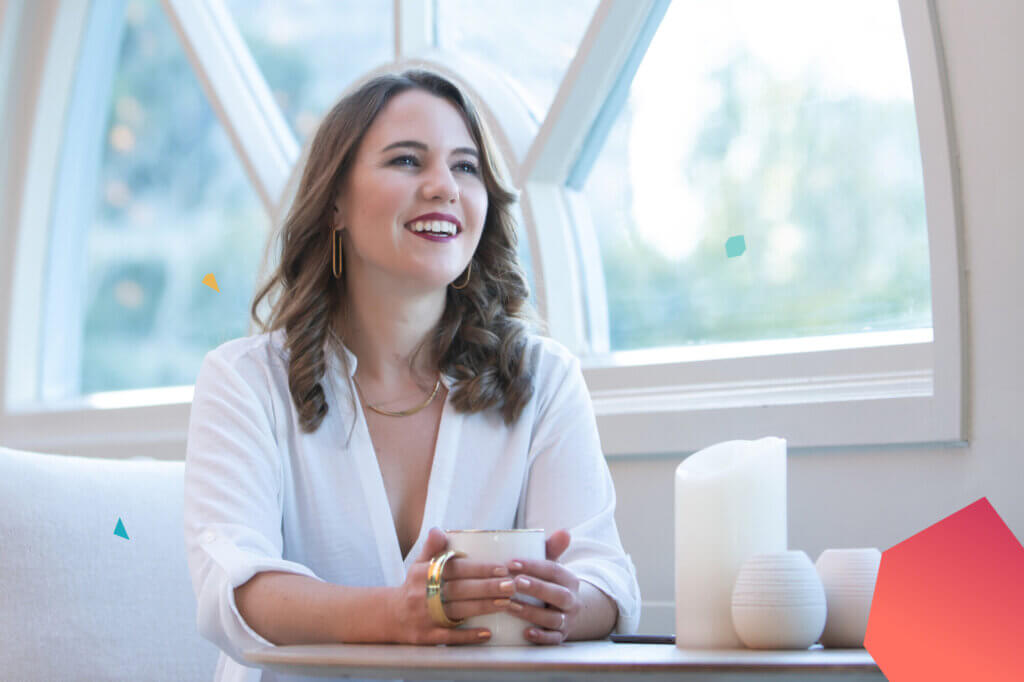 At the same time, she started building a makeshift community platform, cobbling bits and pieces together from a variety of resources. “Our first prototype, we put together with Survey Monkey and Mailchimp,” she says. “And from there, we started developing our own proprietary platform with an emphasis on matchmaking.”

The GUILD’s platform and member base grew, attracting women entrepreneurs in the Bay Area. But member feedback told Anne that her fellow entrepreneurs were looking for more. “After running all of these one-on-one introductions and connecting everybody in our community, we realized something was missing,” she notes. “The one-on-ones were great, but people also wanted to post resources, and connect with each other as a larger group.”

Her members weren’t the only ones looking for added value. Anne was also itching to expand her reach.

“A friend of mine said, ‘You know what? This doesn’t just have to exist in San Francisco. It should exist everywhere in the world.’ From there, it was absolutely clear that we needed to establish a global community.”

Then, last December, Anne came across Mighty Networks. “We had been looking for a platform that would help us, allow our community to really talk to each other, tell each other about the awesome resources they’ve found, comment on other people’s ideas, and tell us what they needed from this community space,” she says. “And at the end of the day, you need a lot of money to build an amazing platform like Mighty Networks. So the decision was pretty easy.”

And with that, Anne took the next step.

Today, more than 1,070 members call The GUILD’s membership home. There are two tiers: The GUILD Starter, at $9.99 per month, offers access to the overall community, plus curated virtual one-on-one introductions. The GUILD Professional, priced at $29.99 per month, adds access to a variety of webinars, courses (including an introduction to entrepreneurship course), premium groups (think Pitch Feedback), and access to recordings of the GUILD’s most recent virtual conference, SERENDIPITY.

A sort of week-long entrepreneurship summit, Anne started SERENDIPITY this year to further expand the GUILD’s reach and bring about even more authentic connections and networking opportunities. “We had 85 speakers over the course of the week, and we put it all on Mighty Networks,” she says. “l It worked so well! It was super smooth and really awesome.” 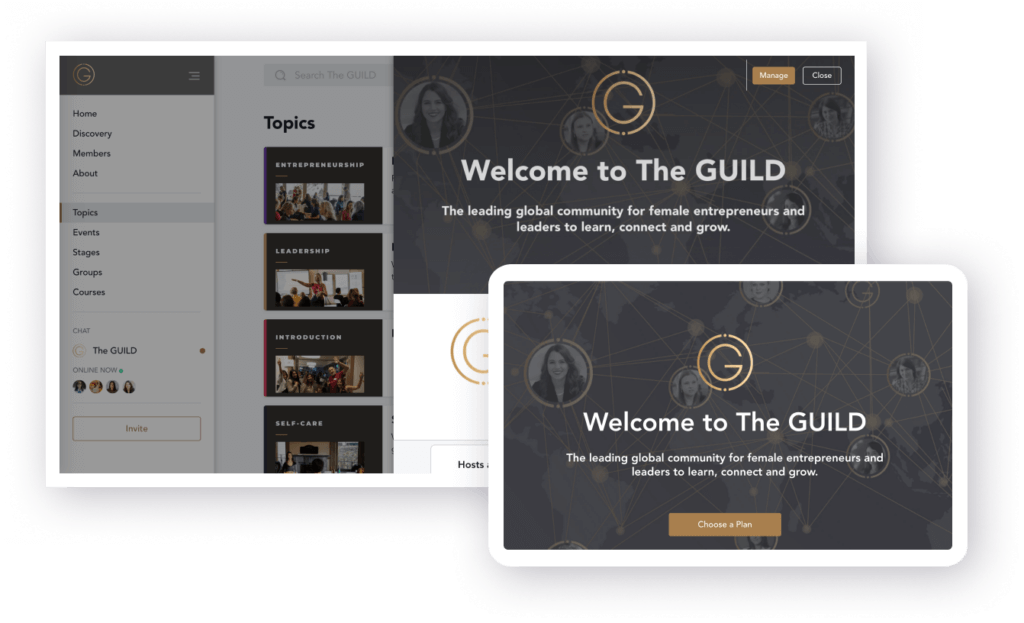 Overall, Anne has seen that events—both webinars and that first virtual conference—are exactly what her members want.

“We’ve been really blown away by the response, to the conference especially. Our members absolutely loved it. ”

She continues, “Typically, an in-person conference means events and venues and logistics, and it’s a lot of work. This has been much easier to put together, and much more effective, too.”

To make the most out of it, Anne already has the next SERENDIPITY conference in the works—and from now on, she’ll be hosting the summit quarterly. “We already have a bunch of people lined up for the next one in January,” she says. “There are so many amazing connections to be made, and that’s what this community wants.” 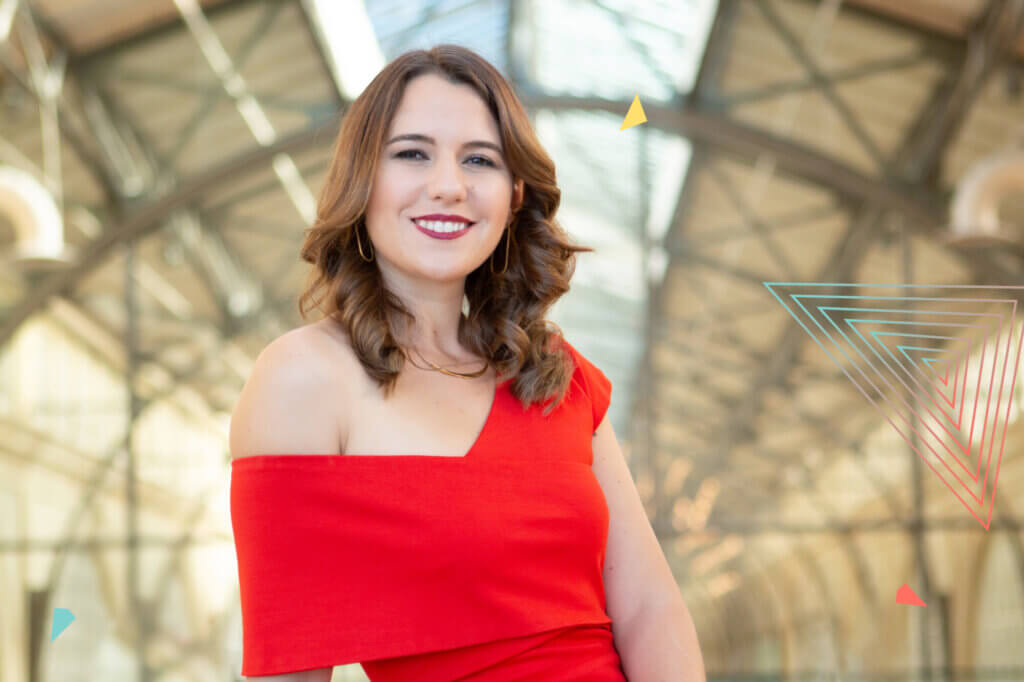 There’s no denying that the GUILD is on a roll. And Anne has no plans to slow down any time soon.

“Our big mission is to change the odds for female entrepreneurs. And a big part of that is educating them, but also educating the investors and trying to get all the bias out of their system.”

Her big goal for 2021? To get 1,000 people through her course material, and show people—through both courses and events—the benefit of the GUILD’s community space. “It’s a push to help the community understand the offerings we have available, and how they can help. It’s making sure that our community members understand that they’re in the right place.”

In that vein, she’s also playing the long game to make sure that the GUILD offers a sense of value over a long stretch of time. And in the end, that’s what will give her membership real staying power. “

“Our members are super busy. And sometimes it takes a long time for people to engage. They don’t have time, or they have other priorities. So my goal is to make sure whatever we’re offering is relevant and authentic, and valuable. And that’s our path going forward.”