Featured in this Story of Awesome: Oiselle Volee

Oiselle Volée is a paid membership that brings together women runners from a variety of backgrounds to gain training inspiration, connect with a diverse group of powerful women, engage in local community activism, and more.

The Spark: After trying a variety of community platforms, Oiselle brought the Volée to Mighty Pro—and shortly thereafter, saw engagement and connection explode.

Carolyn’s Mighty Moment: “I’ve learned to just throw everything at the wall and see what sticks. I’m somebody who’ll say, “Let’s try it. If it doesn’t work, what have we lost?”

For a while, the brand used Facebook Groups, but it wasn’t the right fit: While Oiselle runners could connect with each other, there was no way to share or hold space for resources. And more than that, there was a lot of noise to compete with, too.

Then, after more than a few iterations on more than a few other platforms, the Oiselle team started with another tactic. “We said, ‘Screw it, we’re going to build our own,’” Carolyn says. “And then we all chuckled. Because we couldn’t actually do that either. It would have been incredibly expensive and very, very time-consuming.”

When the brand finally found Mighty the shift was palpable. And now, Oiselle Volée can connect its members and offer a plethora of resources and valuable content, all for just $120 a year. 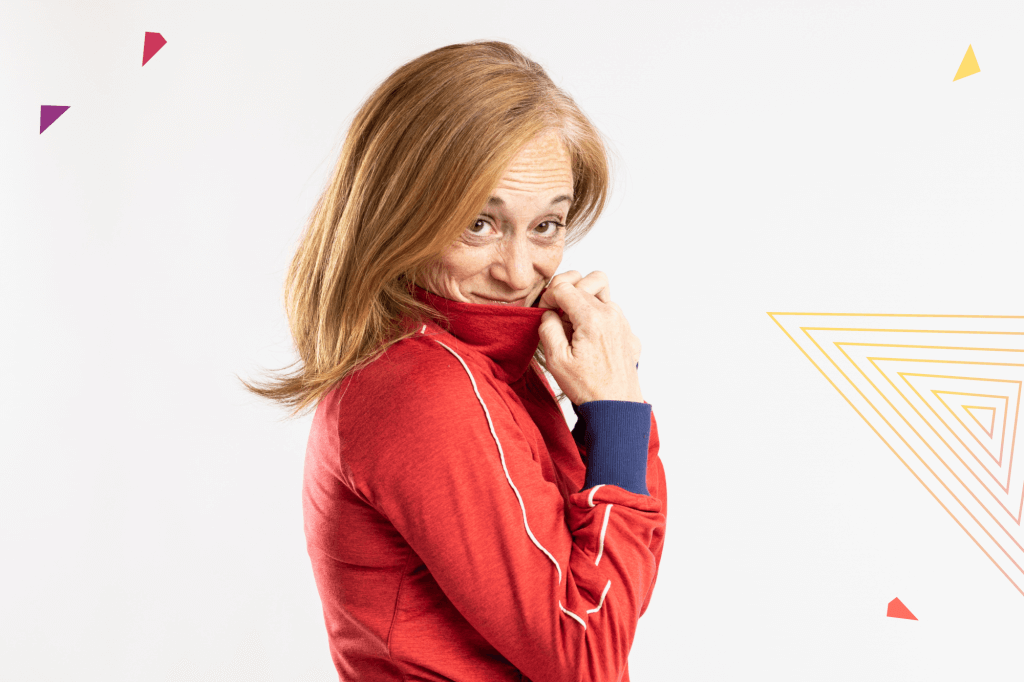 Oiselle is a women’s apparel company— so what was behind the decision to launch a dedicated community space?

A big reason why people do sports is for the community aspect. Yes, there’s competition, yes there’s a drive to be successful. But there’s also meeting people, getting to know people, finding people to enjoy your athletic journey and your life with.

So Oiselle was founded on the idea of merging sports and community together back in 2007. And having some sort of community aspect was always part of our mission. We formally launched our Volée team in 2013 as an ambassador program, and then the following year we launched it to anyone who wanted to be a part of it.

“By creating community, you also create space for customers who are at the core of the company values.”

Now, we have almost 4,000 members, and they’re each paying an annual fee of $120 per year.  It doesn’t necessarily drive business directly to our e-commerce, but it’s a very, very important part of our business. Because by creating community, you also create space for customers who are at the core of the company values.

Who is your community for? What are the things that get them motivated to join the Volée?

Our community is for those who identify as women, mostly because that’s who our apparel is for. When we first got started on Mighty, people would utilize the space to find someone to go on a run with, once or twice a week. And then, maybe they’d go to breakfast or brunch—because listen, we all know making friends as an adult is a challenge. But once COVID started shutting things down, we weren’t able to do any live events after February. So we’ve had to do a lot of shifting.

In the past year, we’ve built out some very simple virtual ways to connect with people within the community. So now, there is absolutely no lift for the person, except to sit there with your cup of coffee or your favorite beverage and just chat with people. And it has been a game-changer. People that weren’t able to connect before are now thriving within the community, are leading different things in the community, and that’s just been one of the most eye-opening but most rewarding things to come out of this year.

What has your Mighty Network allowed you to do that you couldn’t elsewhere?

Once we kind of got some rhythm to our team, we decided to create what we call safe space groups. They’re private groups, they’re not open to just everyone.

We have one for women of color, one for LGBTQ members, and another for sober women. And we do ask that you identify as that so that the people that are there can have honest conversations without having someone else placating them when they can’t relate to that conversation.

“It's also an extension of what we can do as a company: offer this space for people that maybe can't go out and talk about their identity with somebody else.”

So far, we have found that the conversations in there are so rich and so beautiful. It’s completely taken off. They’re incredibly popular and it’s also an extension of what we can do as a company: offer this space for people that maybe can’t go out and talk about their identity with somebody else.

What does a day in the life look like for you?

I usually start out my day going in and just checking things out. Because I’m on the west coast, there are usually some people already engaging with each other and some who are asking questions that only I can answer. Then I usually check it again around lunchtime, and then I’ll spend some good time in there in the afternoon.

What have you learned from running this community?

I’ve learned to just throw everything at the wall and see what sticks. I’m somebody who’ll say, “Let’s try it. If it doesn’t work, what have we lost?” As long as it doesn’t go against your values, try anything. 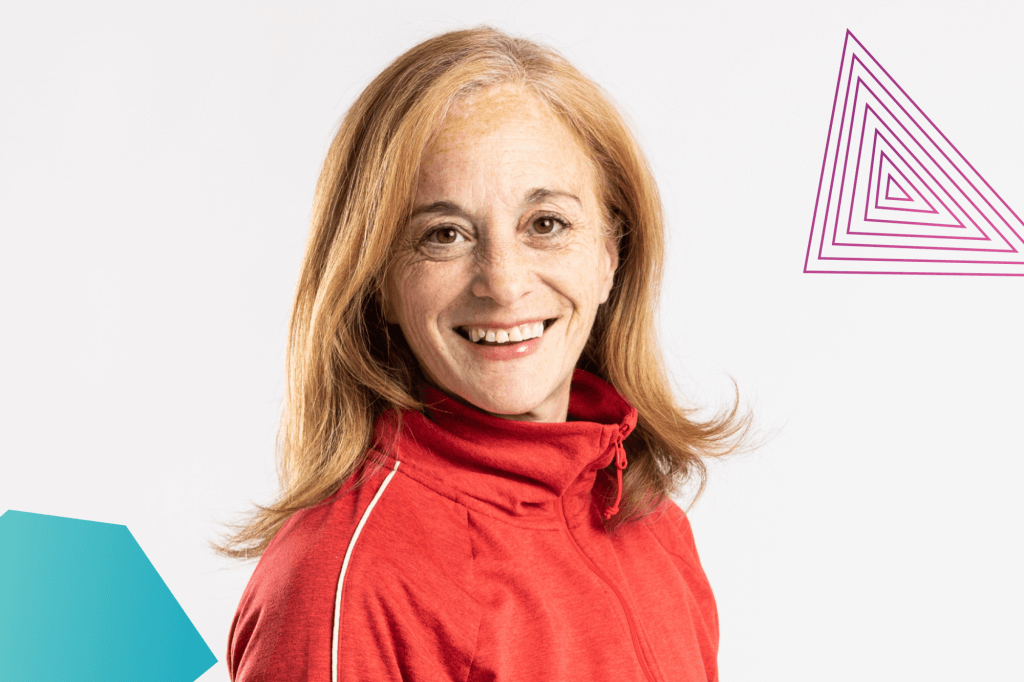 This past year has been such a period of unknown when it comes to community, especially because our core value has always been in-person connection. So learning to be creative has been a big thing for me this year, too. And learning to find creative ways to balance the voices in the room.

Again, it’s so much easier to do that when you’re physically together. You can call on people, you can pull in experiences that way. But what happens is if you don’t try to either tag people or pull someone in the conversation or put up other content to offer different perspectives, your main feed can easily turn into a one conversation being had by one group.  I’ve really learned to be mindful of user-generated content and supplement it so that the conversation feels like it’s offering something for everyone.

I never thought that virtual events could be as cool as they are. But when you do have those moments in time where people are inside and they have the time and the bandwidth, virtual events are great. It can be small, like a masterclass session. It could be a weekend thing. But what it does is it gives everyone an opportunity to participate that maybe wouldn’t have had the time or the location to participate.

“I never thought that virtual events could be as cool as they are.”

We’ve also been able to reach people in outlier areas and really make them feel connected. And I think that was something we really underestimated with the app. But this platform is such a beautiful way to pull people in. We’re able to format it in a way that doesn’t feel so big. You can go into a smaller group and still feel a connection, even though you might be hundreds of miles away from the next person that’s in your area.

What goals do you have in mind for the Volée for the rest of the year?

We’re looking for different ways to transition back into in-person connections, because that’s usually what we lead with. But we also have to be mindful that virtual connection is still important.

I already know that things aren’t going to be as organic as they might have been before. Life is just different now. And getting back into real life is going to feel different. So to get our team prepared, we did a virtual training seminar with our regional leaders, and we just covered what community means, how to be inclusive, what language to use.

And already, with that guidance and some additional training tools that we gave them, they’re able to really do some cool things and bring the community together in ways that we wouldn’t have expected. Seeing that actually come to fruition has been really fun.